B&W wedding photography. I'll be frank, it's my favourite. If I could just shoot black and white images at weddings I'd be very happy. I have had several wedding couples ask for just that. Monochrome photography just cuts through so many visual barriers. Strange light and colour or as it often is in the UK, no real colour. These are stripped away to reduce an image down to it's compositional design, the pure image. In fact most people will say black and white photography is more flattering. It is still photography at it's purest and as such is the true medium for the documentary approach I feel. That's not to say that colour is bad, it is just that mono photography works in any light. In particular it works best in low light. Not only dark dingy ( 'atmospheric') reception venues or dull, cloudy days but it also works brilliantly on bright, sunny days. For colour to work, the colour needs to be really good. Punchy and vibrant but also relevant. It needs to be fundamental to the image. Otherwise it can look like a 'snapshot' and this is ignoring the 'trendy' presets that you see in so much wedding photography these days. Washed out colours, vintage stains, all created by photoshop presets aiming to create a hip look - all that will look outdated in a few short years. It's often dressing up poor compositions. Clients that book me often bemoan the countless websites they've looked through with the same trendy presets dressing up the images.

Good B&W wedding photography is strong blacks and whites with a tonal range in between and not those preset affected wedding photographs with no blacks - that look like you have smeared wallpaper paste over the image. Good B&W photography doesn't age, look outdated. It's the perfect medium for capturing memories.

So, how do I shoot B&W? Well this isn't an end of year review - I've still got weddings to cover this year, even on Christmas Eve. But I thought I'd choose six images, in B&W, from this year and talk a bit about them. I'll do the same with six colour images soon. I also think these six images do sum up my approach to wedding photography in many ways - from their composition, processing, lens choice, angles and moments. Natural moments, not setup but captured. So here they are...some B&W wedding photography...

So the first image and one from the first wedding I shot in 2013, at Braxted Park in Essex. This image of glamourous wedding guests taking a 'selfie' was during the evening reception, just before the first dance. The DJ's photobooth, complete with props, was opening up. Shot on a short telephoto, it's what I call a reactive shot - you spot it, focus and quickly press the shutter. Shooting with fast (expensive) glass in the low, available light next to the dance floor. This is where cameras like the Nikon D3S and good prime lenses shine. No need to use flash and kill the atmosphere, you can see how dark it was looking at the glowing screen on the phone at the bottom of the frame. B&W cuts through any distracting colour casts from the artificial lighting to that of the sombrero and oversized glasses. The tonal range of mono adds to the clarity of the image in such murky light, allowing the viewer to focus entirely upon the laughing faces. It's the expressions that count in this image.

From the short telephoto (85mm ) to the moderate wide angle (35mm) and a quieter image taken during bridal preps, before a wedding ceremony in the summer. The 35mm is often known as 'the photojournalist's lens' and I know many documentary wedding photographers who shoot weddings with just these two lenses. Personally, I like to carry more than these, even if my back doesn't! This is a quiet moment as the bride is helped into her shoes before she walks down the lane to the wedding venue. I had left the room where she had been getting dressed and was looking for another angle to help tell the story. Shot from the stairs and using the bannister and doors (it was lucky that one was still shut) to frame the shoe fitting, reinforces the quietness of the moment. The stillness was to be shattered by her friends moments later after she walked downstairs and they saw her for the first time in her wedding dress. Compositionally the railing in the foreground leads your eye towards the bride, who is then framed by the doors and post.

Another getting ready shot but this time on a wider angle lens and up close. Very close. A bride getting into her dress and all hands helping. Shot on the 24mm, the camera is closer than it looks but it lends a dynamic look to the image, as all the arms draw you into the focus of the frame, the bride and her dress. Even the bride's hands on her hips helps with the composition and draws attention to her great figure too. In colour the bridesmaids dresses, the wallpaper in the background, even the skin tones would distract the viewer's eye. Here in mono, light and shade, with the bridesmaids either side in shadow compared to the bride, helps distill the image and give it more impact. It's for shots like this that I carry more than the 35mm and 85mm.

Another quieter, 'step back' sort of shot, taken during a wedding ceremony  at the RSA, (Royal Society for the encouragement of Arts, Manufactures and Commerce) in central London. Unusually shot on a zoom lens, as I normally just use prime lenses ( fixed focal length and usually faster glass ). However, with the ceremony in The Great Room, I had taken the 16-35mm VR lens with me for this part of the coverage, to utilise the ultra wide angle facility. The ceremony room itself was ablaze with colour and not only from the large floral decorations. Mauve light was everywhere ( a nightmare for digital sensors ) whereas outside the room, the lighting was 'normal'. However I feel this image works best in mono, with all the blacks and whites and the black of the large doors framing the ceremony - the red fire extinguisher would have been very distracting colour . It's a 'looking in' viewpoint and provides a different perspective from all the other shots from within the ceremony room. We are sneaking a peek into a story taking place past those open doors. Into a room that looks brighter, more interesting than the outside. As part of the narrative and a scene setter, I think it works well.

This was a reaction shot if ever there was one! After the wedding ceremony at St Vedast alias Foster, an elegant Wren church near St Paul's cathedral in London, the plan was to take the hired black London taxi cab and take some natural shots around London tourist landmarks. The wedding guests were getting their own tour on red Routemaster buses. The only hitch came with the taxi driver (London's grumpiest it seemed) who seemed to think we were heading straight to the reception venue and no tour, no photos. After being corrected (a trip to an ATM for the groom would be needed later too!), the driver handed over a bottle of fizz. Maybe it didn't like the bumpy London streets but as the groom opened up the bottle, it went all Formula 1 on him - in the back of the cab. Sat opposite him, and again on a 24mm, it was a reaction shot, with the relatively high iso giving me a fast enough shutter speed - see the drops of champagne on the door on the right! But again in black and white, all distractions are eliminated - your eye is drawn to that great expression as the fizz overflows. Even the drops of champagne on the door handle show up better in monochrome.

The final image of B&W wedding photography and back to the 85mm. A wedding reception at the Wallace Collection in London and the bride hugs the groom after his wedding speech. Emotions don't need to be conveyed with faces. Shot from low and wide open at f1.4 - it was dark by then. Again B&W eliminates the distraction of colour and condenses the image into something more timeless. There is something beautiful about the tonal range in monochrome photography - assuming you are applying traditional darkroom qualities rather than fashionable photoshop presets. Digital photography lets us shoot in light we could only dream about with film. Maybe its the newcomers to the craft, that never used film who fail to see classic beauty in this aspect of the craft. They want to join the herd as promoted by many wedding blogs and dress up images with digital cocktails on their computers. It's the image itself that should do the talking. It's the design - the angle, the light, the timing - and the processing should allow this to shine rather than disguise it or overpower it.

So a few ramblings - the hard part now will be to do the same for colour, but I have some images that I think can show that too........coming soon. But B&W wedding photography is timeless. 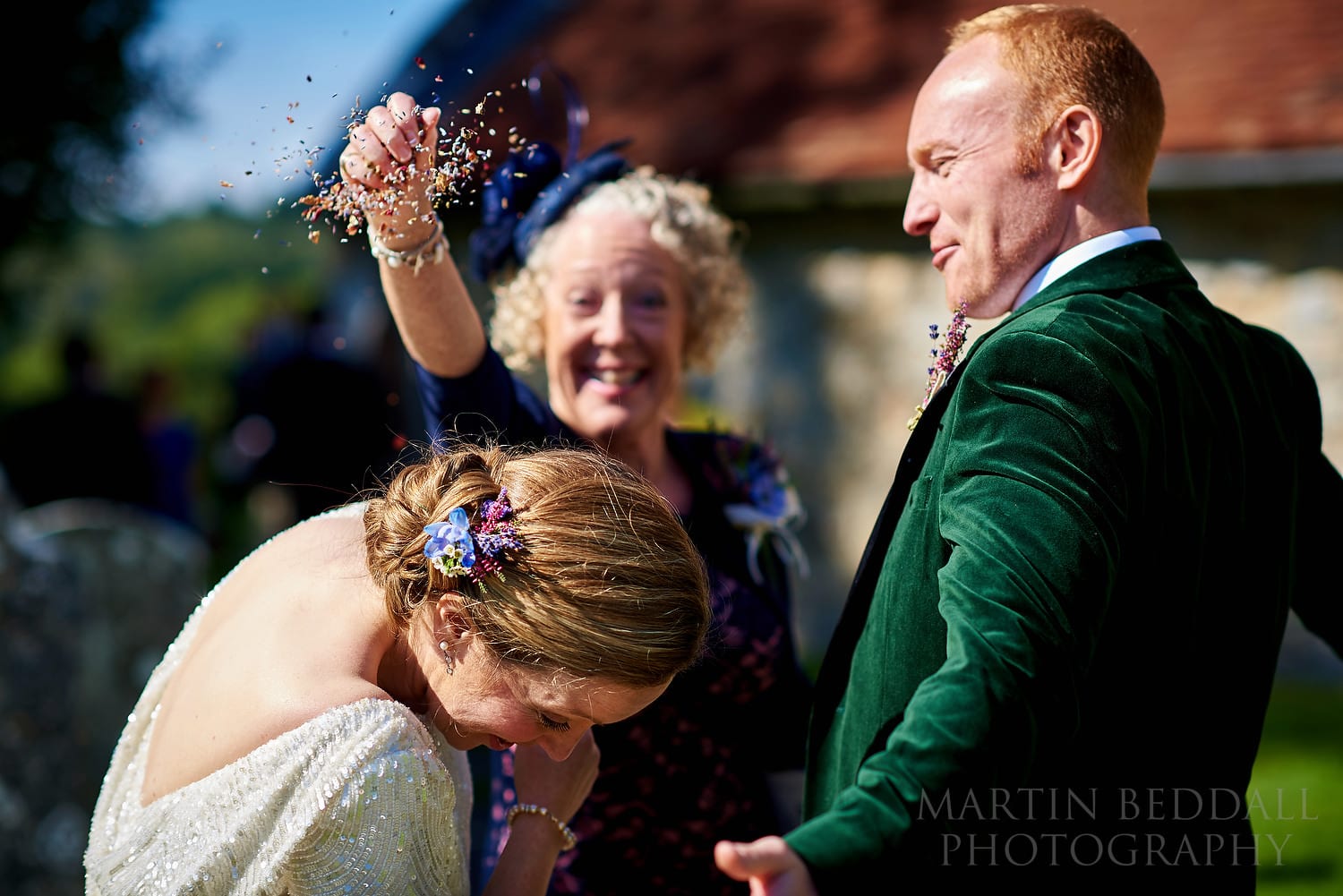 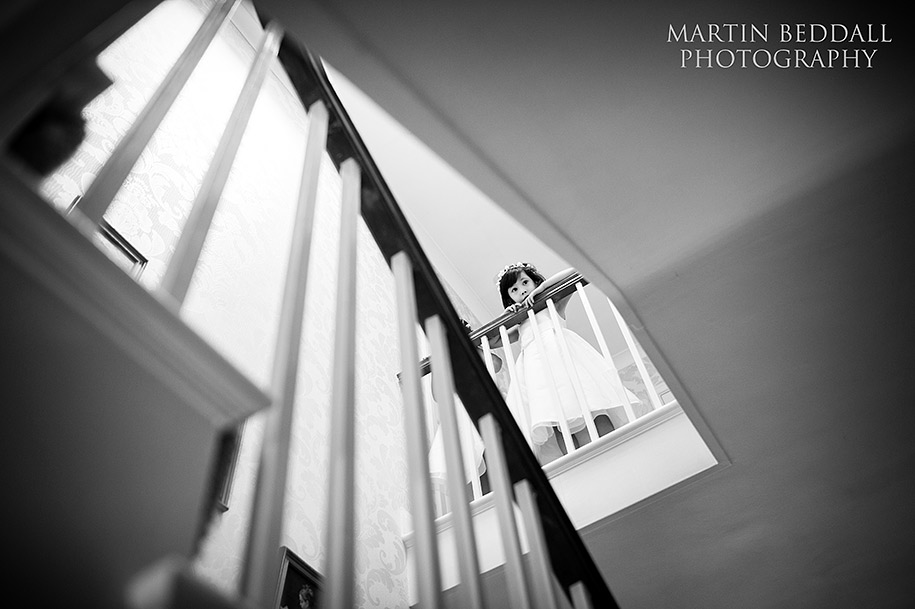 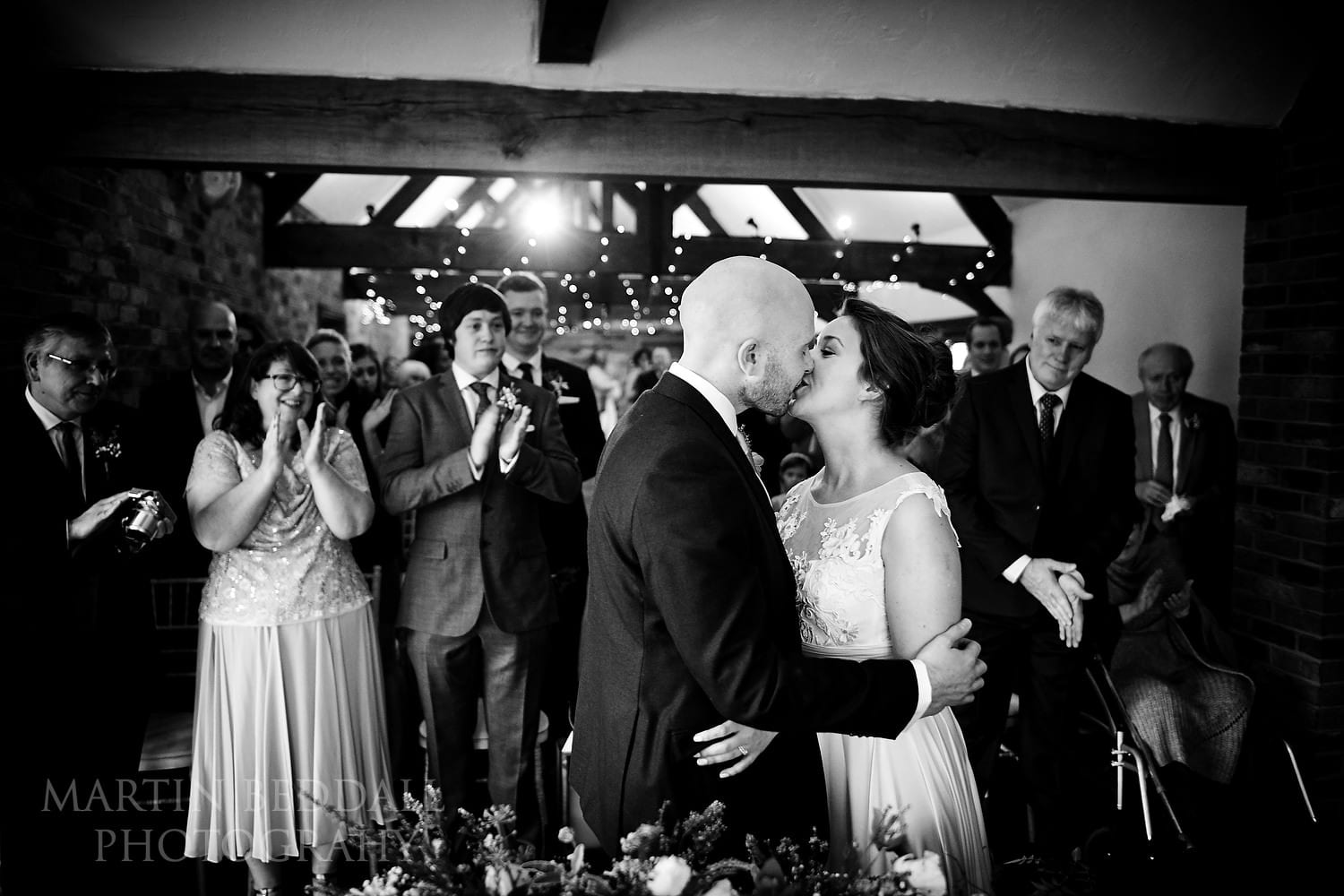