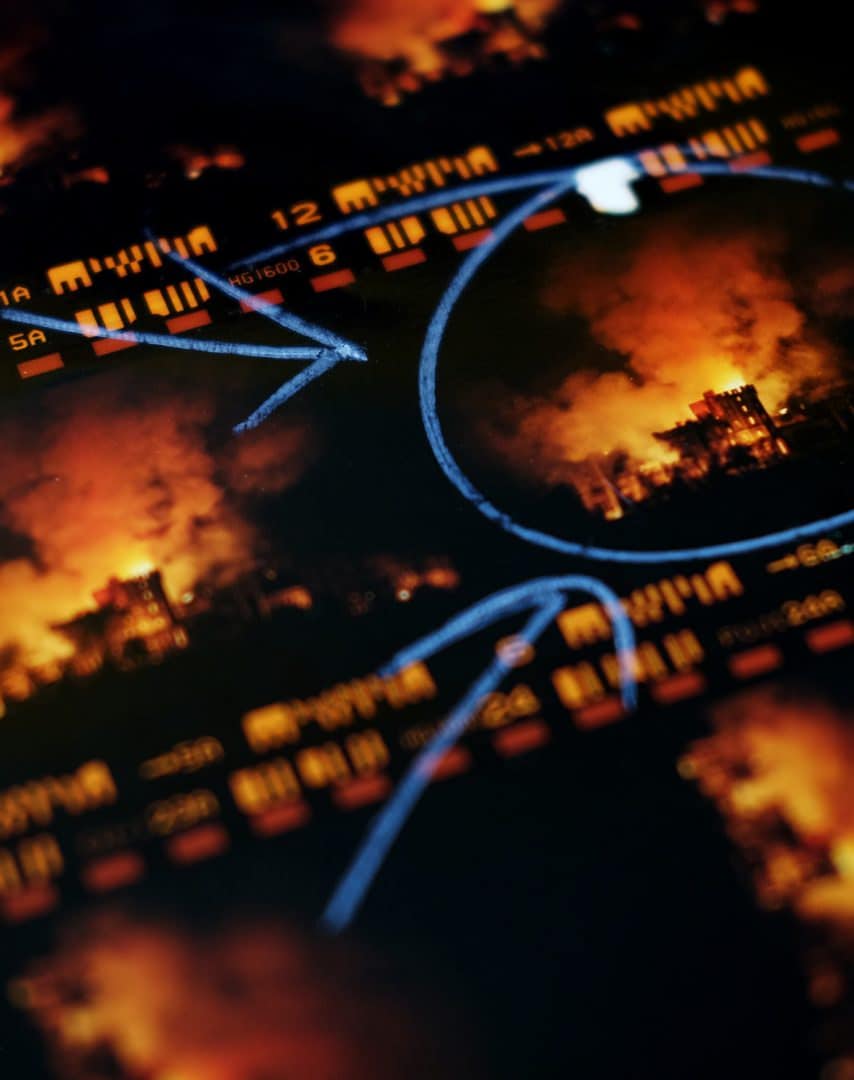 I approach weddings with the aim of recording what’s in front of me: no constant set-up shots or interventions by the photographer. My photography is a reflection of your day not an imposition upon it.

My background is national newspapers and magazines. I worked as a press photographer at The Times, who I joined immediately after completing my Postgraduate studies in Photojournalism at the London College of Communication (then the LCP). I learned the hard way – on that job, there are no second chances, no opportunities to recreate the news events unfolding in front of you, to get the right images for edition.

SO WHY SHOOT IN A PHOTOJOURNALISM STYLE?

For me the buzz of stills photography is searching out and capturing moments. Freezing them in time – whatever the subject..
That is the power of photography and reportage. It’s the thrill of the chase, seeking out and fixing for posterity, striking and timeless images. Being a wedding photojournalist gives me this in abundance.

Working at a national newspaper, every day was different. I once went from shooting backstage at a Royal Ballet performance, to the aftermath of a devastating bomb on a London street. But I covered it all: from portraits of the Prime Minister at No 10 Downing Street, to extraordinary days documenting rare paeolithic engravings in a remote Portuguese canyon. To shooting a beekeeper at work on the rooftop of the Opera House in Paris, to dodging flying bricks and petrol bombs in a London street riot.

Being given the freedom to shoot weddings in this storytelling manner is what attracted me to such special occasions. Weddings have it all. The characters, the emotions, the atmosphere, the details, the moments. It’s a dramatic storyboard there in front of me, ready to be recorded. To watch, observe, anticipate and then compose images that mean so much to my clients. Merging into the background with the camera. The photography reflects the day, rather than impose upon it with lengthy portrait sessions or traditional setups.

I believe that it creates a more valuable series of images, for couples to look back on, than the old traditional approach. But also it’s not fashion shoot or images with excessive photoshop. 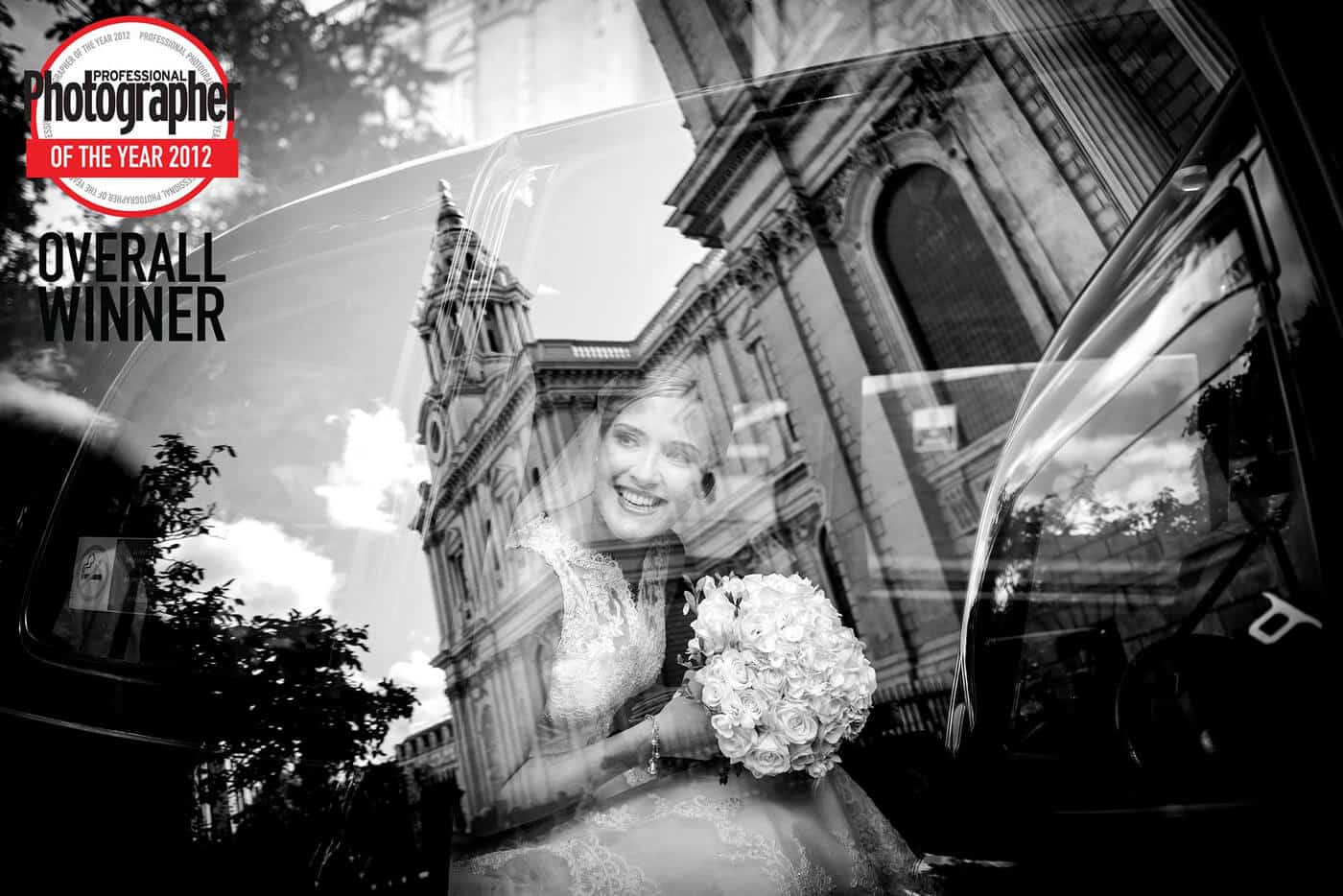 In recent years I’ve won the title of Professional Photographer of the Year 2012 , with the image above. (Awarded in 2013).

I have also twice been named as the winner of the Wedding Photographer of the Year (London & the South-East) title, in the regional finals of The Wedding Industry Awards 2015 and 2016. An award, in the largest regional category, based both upon client votes and reviews and the photography, as a body of work over the year, not just one image, like many awards.

Also in both 2015 and 2016, I was awarded the Highly Commended prize in the Wedding Photographer of the Year category in the national finals – in effect, the silver medal, both years. (Awarded when the decision is close)

It’s an honest style of wedding photojournalism, without gimmicks or dependent upon ‘clever’ photoshop manipulation.

At the end of the day, the images have to do the talking. It’s what makes each photographer different. Their way of seeing, their vision. If you think my ‘eye’, this documentary wedding photography approach, would fit your wedding day – please do get in touch.

Born near Manchester. (My ancestors were blacksmiths in Shropshire it seems).

My family moved south when I was nine. Still got a few flat vowels though…’castle not carstle, bath not barth’…it amuses my London born children.

I live in West Sussex. Married (my wife is a writer), three children and a dog (labrador/whippet cross).

I studied art history at Manchester University, though spent most of my time in the community darkroom in Manchester. Followed by an intensive photojournalism course at The London College of Printing.

I started shooting for The Times after a week’s work experience there, days after finishing the course – my first job.

Training in the deep end! If you think there is pressure photographing a wedding! ;-)

My work has appeared in publications such as Time magazine, The Financial Times, Wall Street Journal, The Independent, The Daily Telegraph, The Observer, Barron’s magazine, Institutional Investor, amongst others.

I also work for a variety of corporate and design clients. Both reportage and portraiture.

I have always been a photographer – only job I’ve had. (or want) 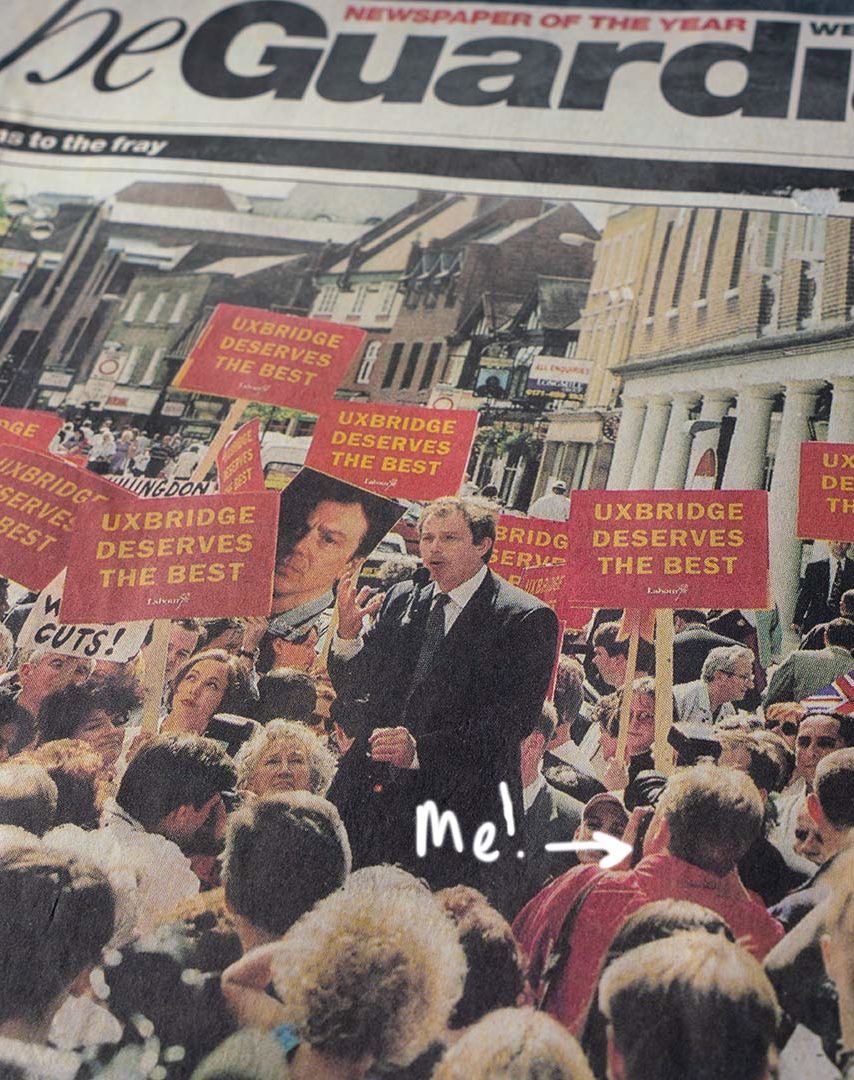 Like most of my clients, I'm not overly keen on posing for setup photos - so no grinning portrait of me here...but...

...here is a much younger version of me, in action, when I made the front page of The Guardian (or maybe the picture was about the bloke in the suit?)...when I had more hair...