Elle sposa magazine in Italy ( sposa means Bride ) has featured a wedding I shot in London last summer. An Anglo-Argentine wedding, Eliza and Mike’s wedding was in distinctly English summer weather – it rained!

It was a real wedding feature in the magazine pages that came about via Eliza’s wedding dress designer, David Fielden and a request from that company to submit to Elle in Italy. They already loved his wedding dresses and they loved the shots too. Like many wedding magazines, and wedding blogs for that matter, the request was for predominately ‘detail’ shots. This is always a shame as a documentary wedding photographer, as my approach is to focus upon the people, moments, emotions of the day rather than endless ‘catalogue’ shots. But details still have a place in the coverage as part of the overall story.

But as a wedding, at two of London’s most historical districts – St Bartholomew the Great church in Smithfield and the imposing Hawksmoor church in Spitalfields – it also illustrated that the documentary approach still thrives when it rains. It’s storytelling as it actually happened. After the layouts in Elle magazine. I’ve added some of my favourite images from the rain. Both before the ceremony and after. You’ll also see an improvised use for the David Fielden dress cover. The bride’s father sheltering her from the rain. 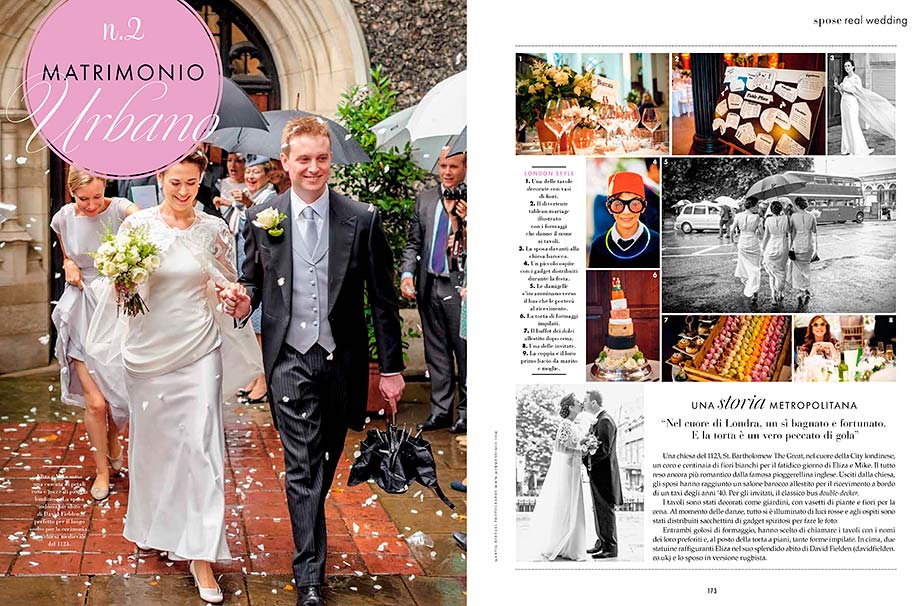 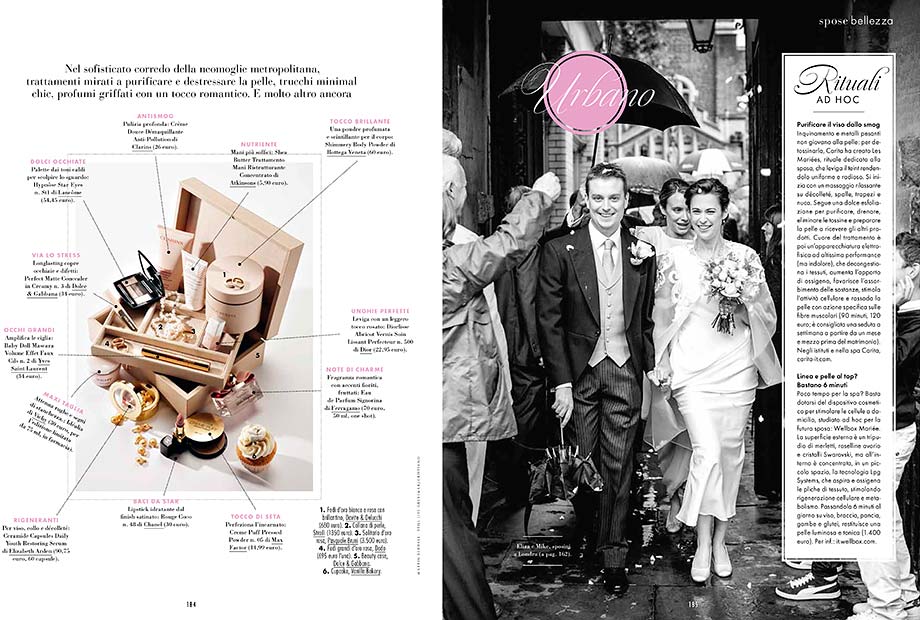 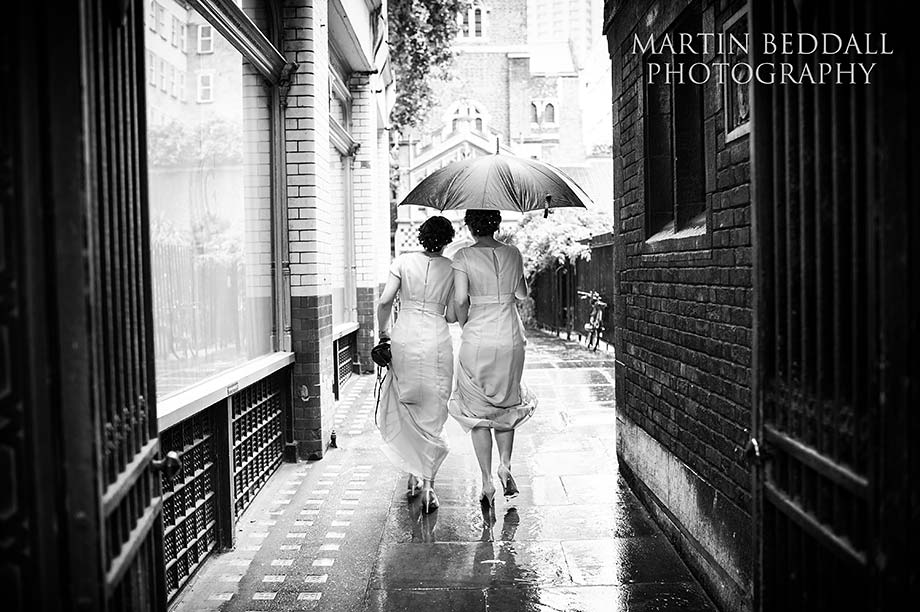 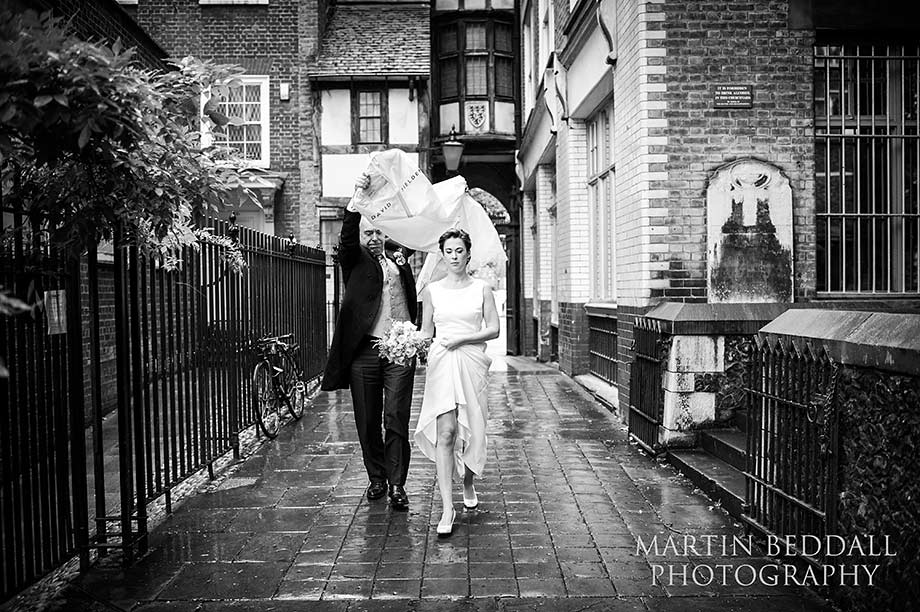 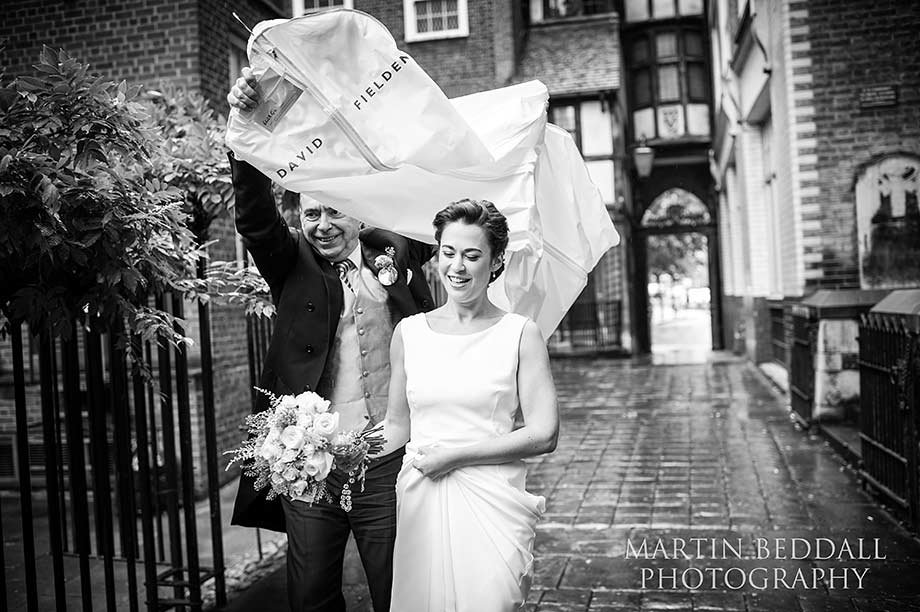 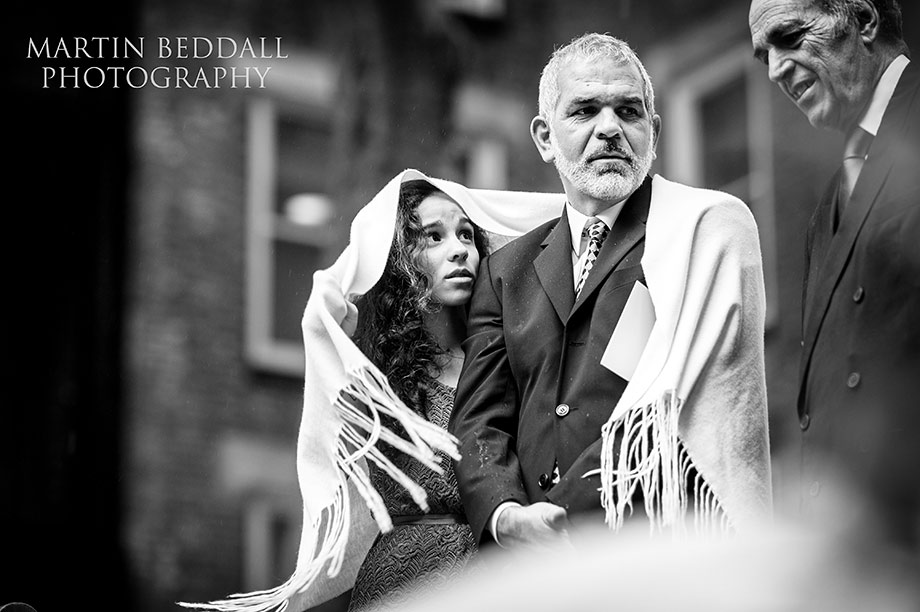 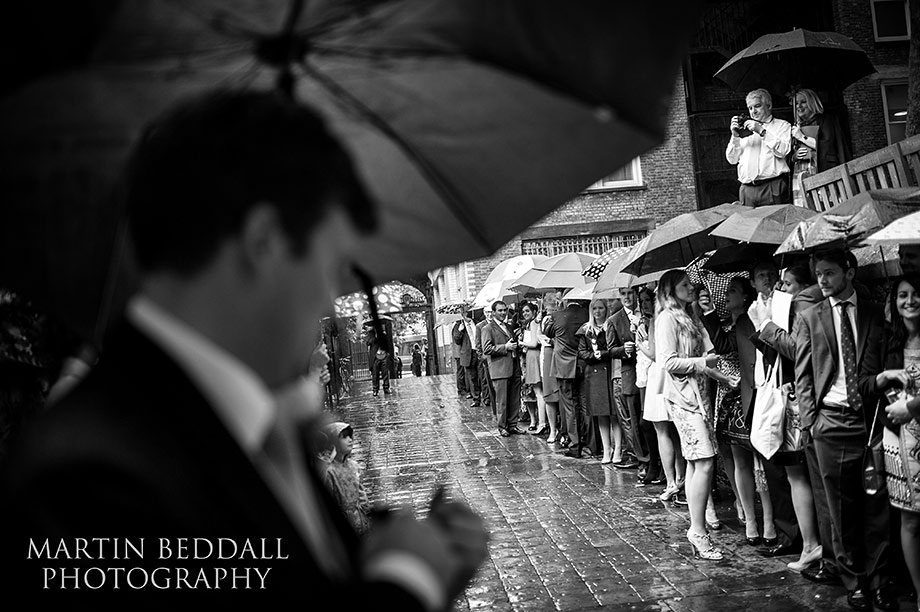 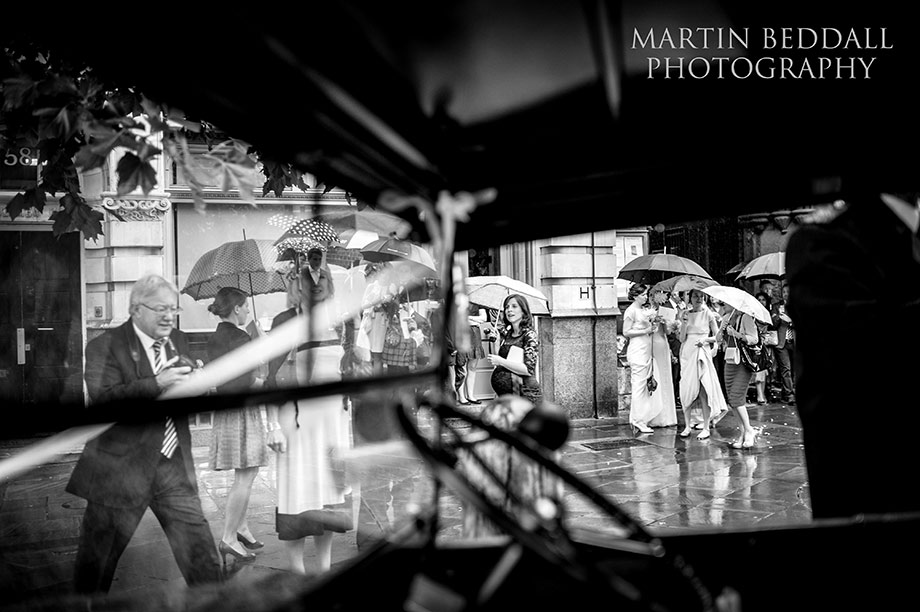 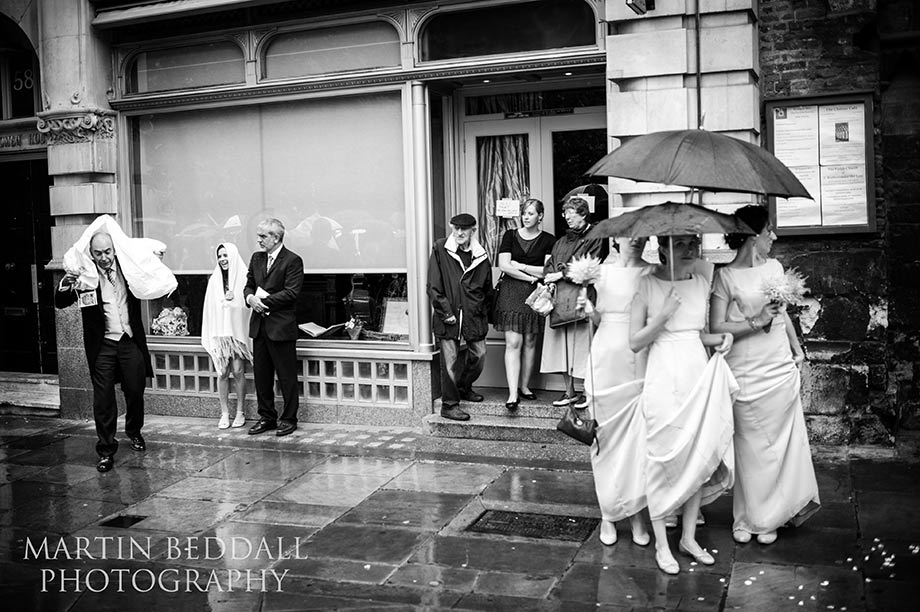 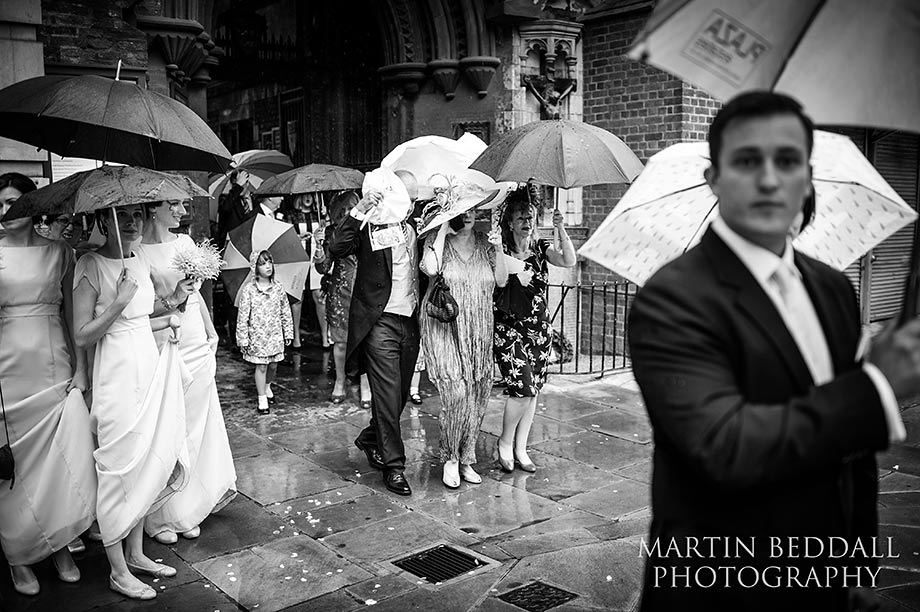 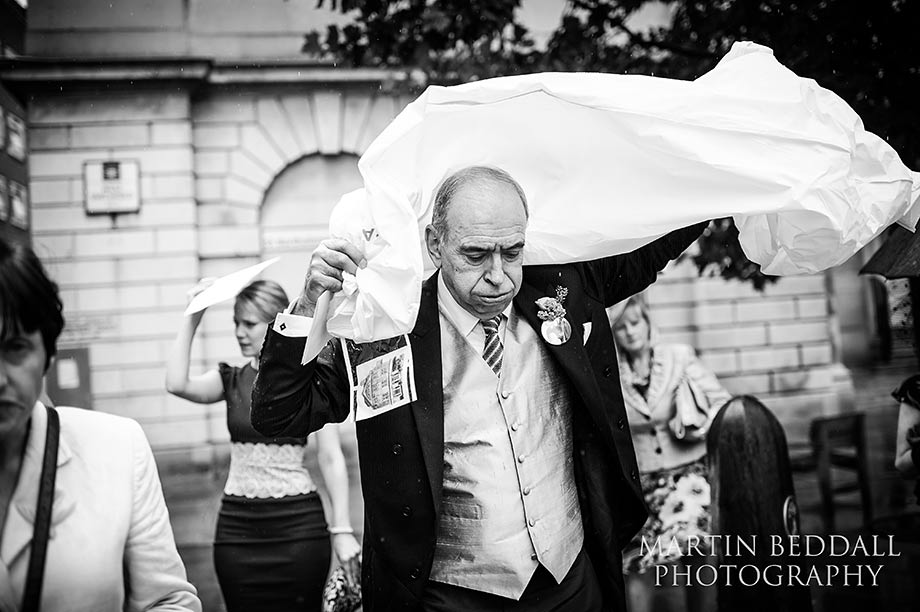 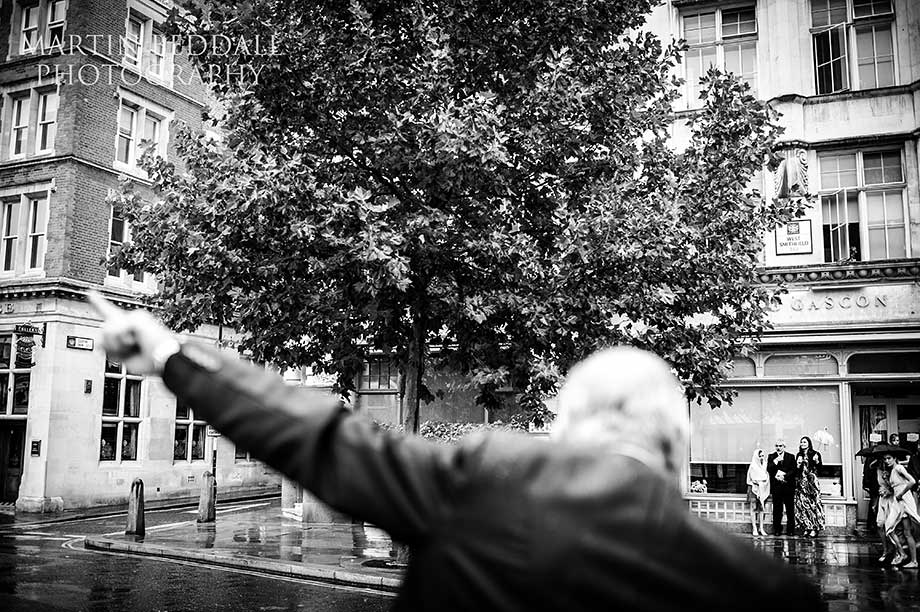 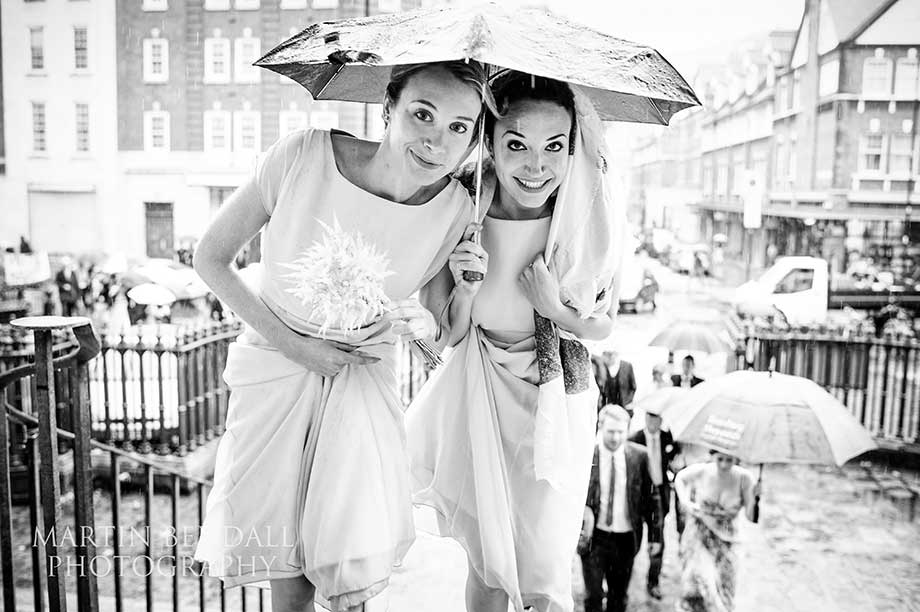 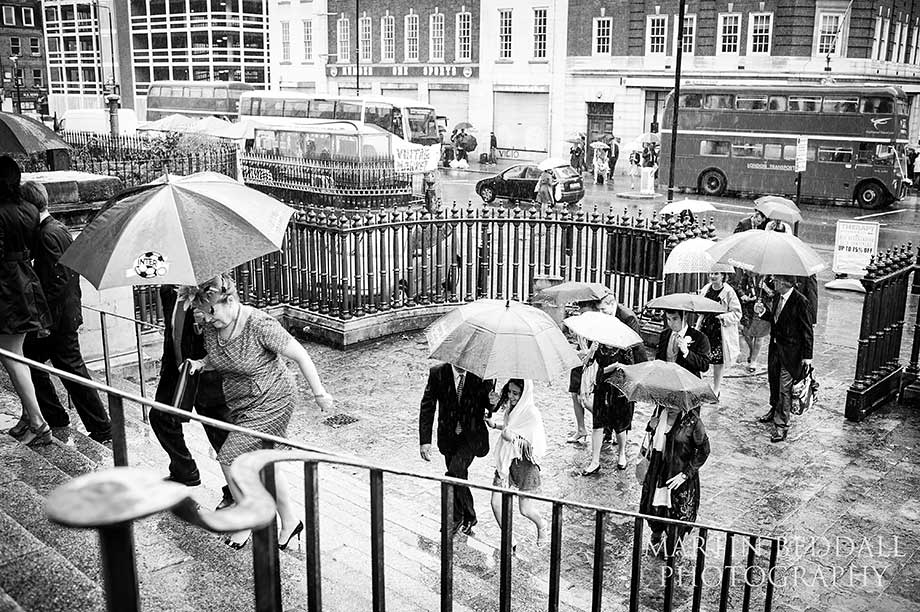 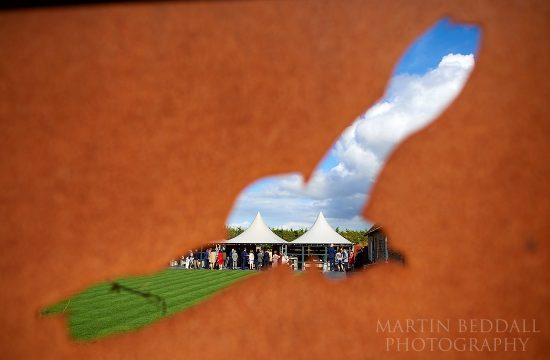 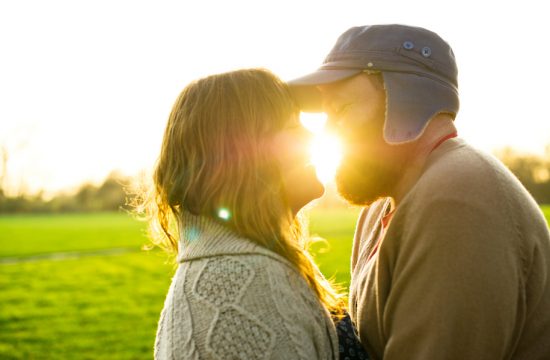 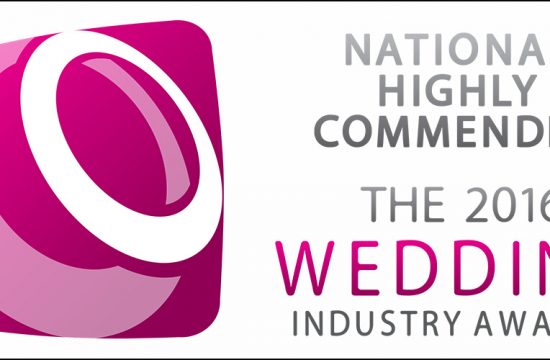 So, what did they say?