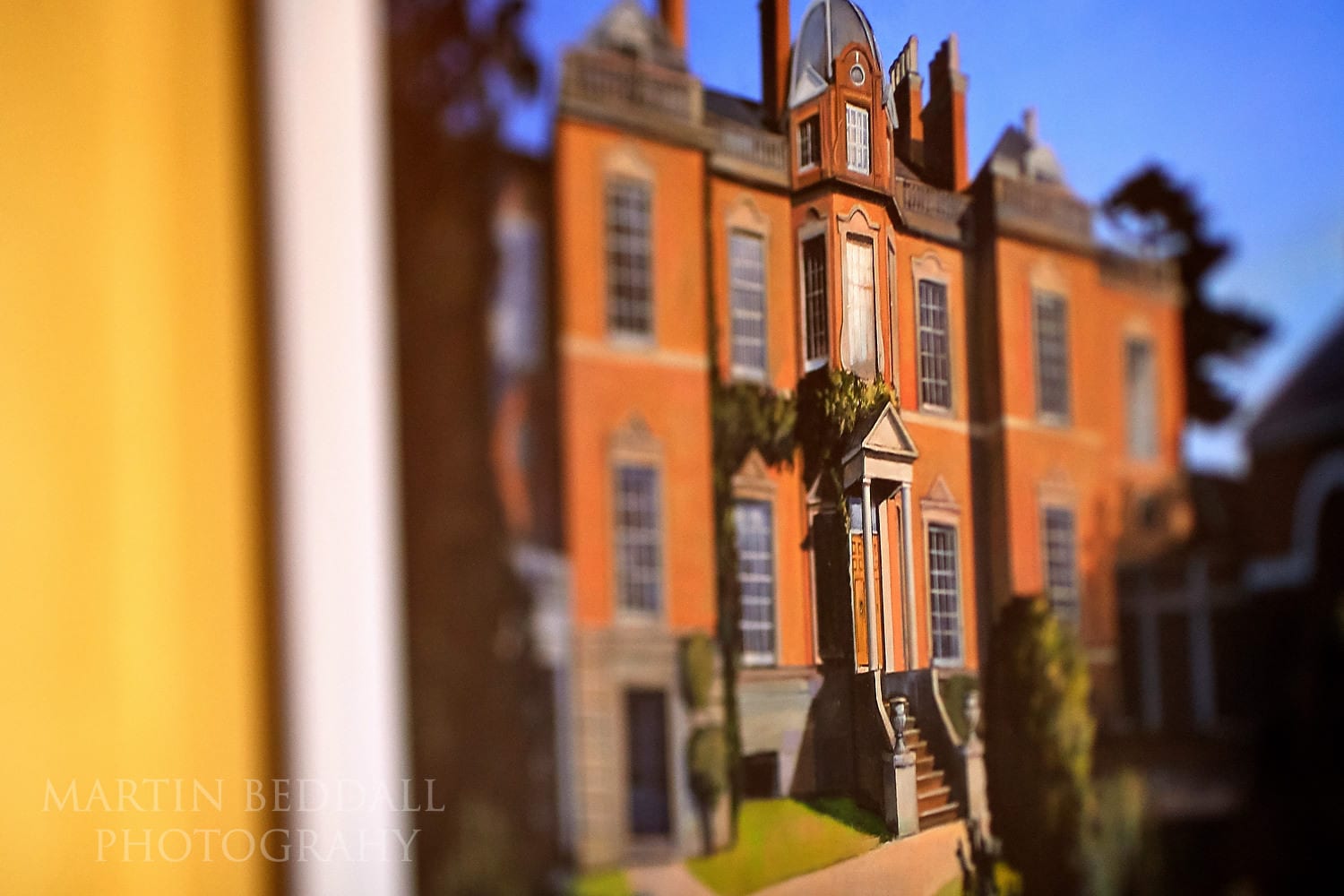 Ailsa and Sam’s Hampton Court House wedding had some familiar faces. Ailsa had been a bridesmaid at Sarah’s wedding in 2013 at Huntsham Court. Now the roles were reversed, with Ailsa as the bride and Sarah as a bridesmaid. Actually, it was a trio, with Marie-Claire as a bridesmaid at both weddings. Another familiar face was where the preps and wedding ceremony took place. Where I used to live in London, in Balham. Having parked up, early morning, at Hampton Court House – now an independent school backing onto Bushy Park and a stone’s throw from Hampton Court Palace, I grabbed my cameras and took the train to Clapham Junction. Still early, I walked towards Ailsa and Sam’s house in Balham – on a nostalgia trip. The Northcote Road area – so different from when I first lived there. So gentrified and affluent now. I bought my first flat there, near to one of my favourite restaurants on the road – it closed down two months later!! 🙁

It also gave me the chance to drop in at the church, The Holy Ghost Catholic church in Nightingale Square and catch the end of the morning service, as Father Joseph asked those in the church to pray for him. Ailsa and Sam’s wedding was to be the first wedding ceremony he had conducted. He did well (and no fuss about photography!). At the house, all was pretty calm. As it was at the church. Ailsa was late. The London black cab she had booked, had cancelled on her. The idea had been to find a cab with no big adverts down the side, the replacement had a nice big blue advert about paying for your cab with a card… Still, she greeted the bridesmaids with a big smile. That quickly disappeared when she noticed their bouquets. She had left hers at the house!

Luckily there was a spare. The ceremony could start… Sam was patiently waiting at the front.

A mouthful of confetti and some fizz on the bus!

An hour later it was back out. A confetti run that saw Ailsa swallow a fair mouthful of petals and then glasses of fizz on the red Routemaster bus and across to Hampton Court House. More fizz and a string quartet in the large hall at the venue, some pics on the lawn and then into the meal but first, the speeches. Some tears, some laughter – then food. Followed by dancing in the conservatory.

Here a few images from this Hampton Court House wedding day…there is a fair bit of smiling…and check out the dancing! 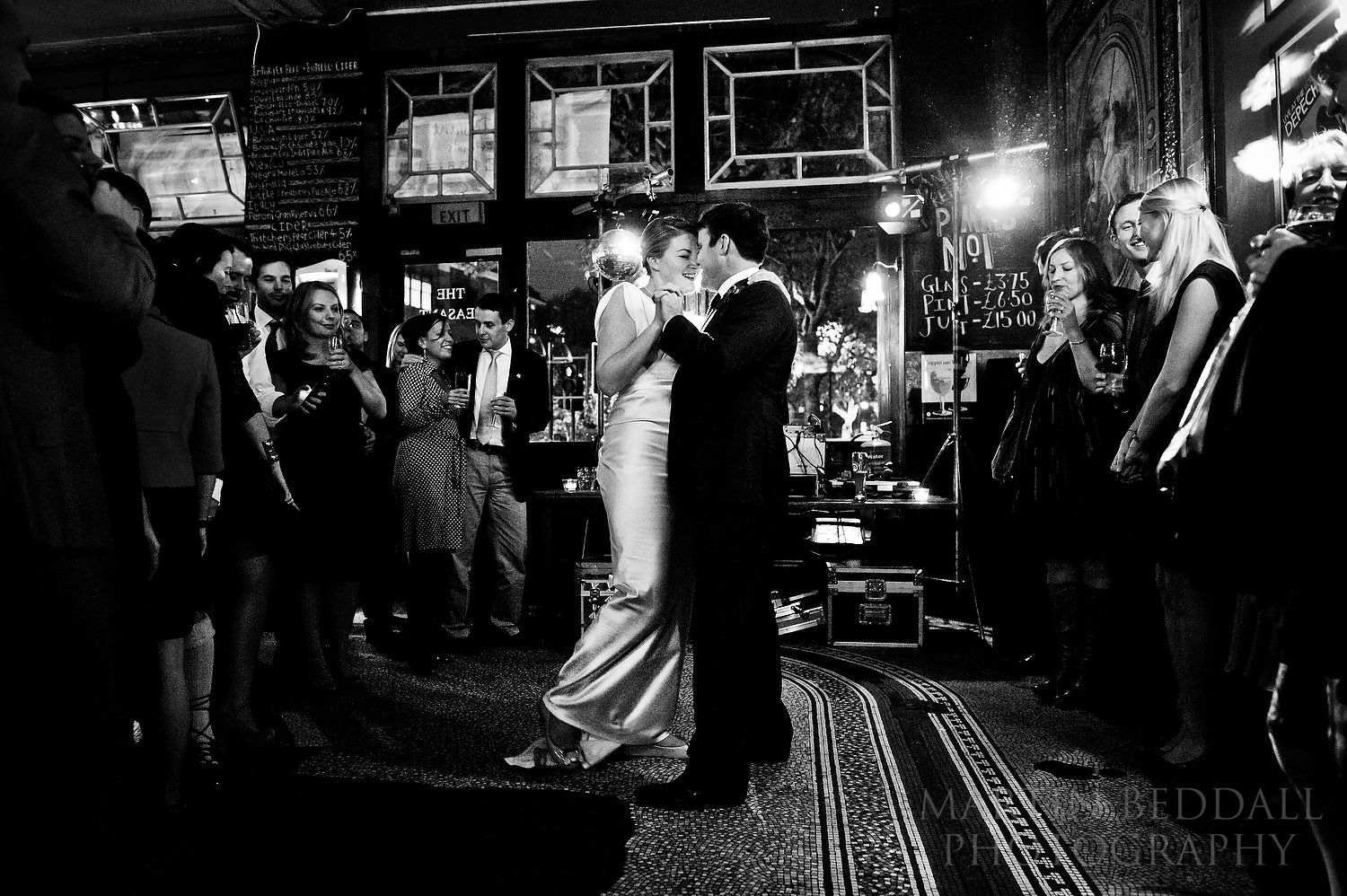 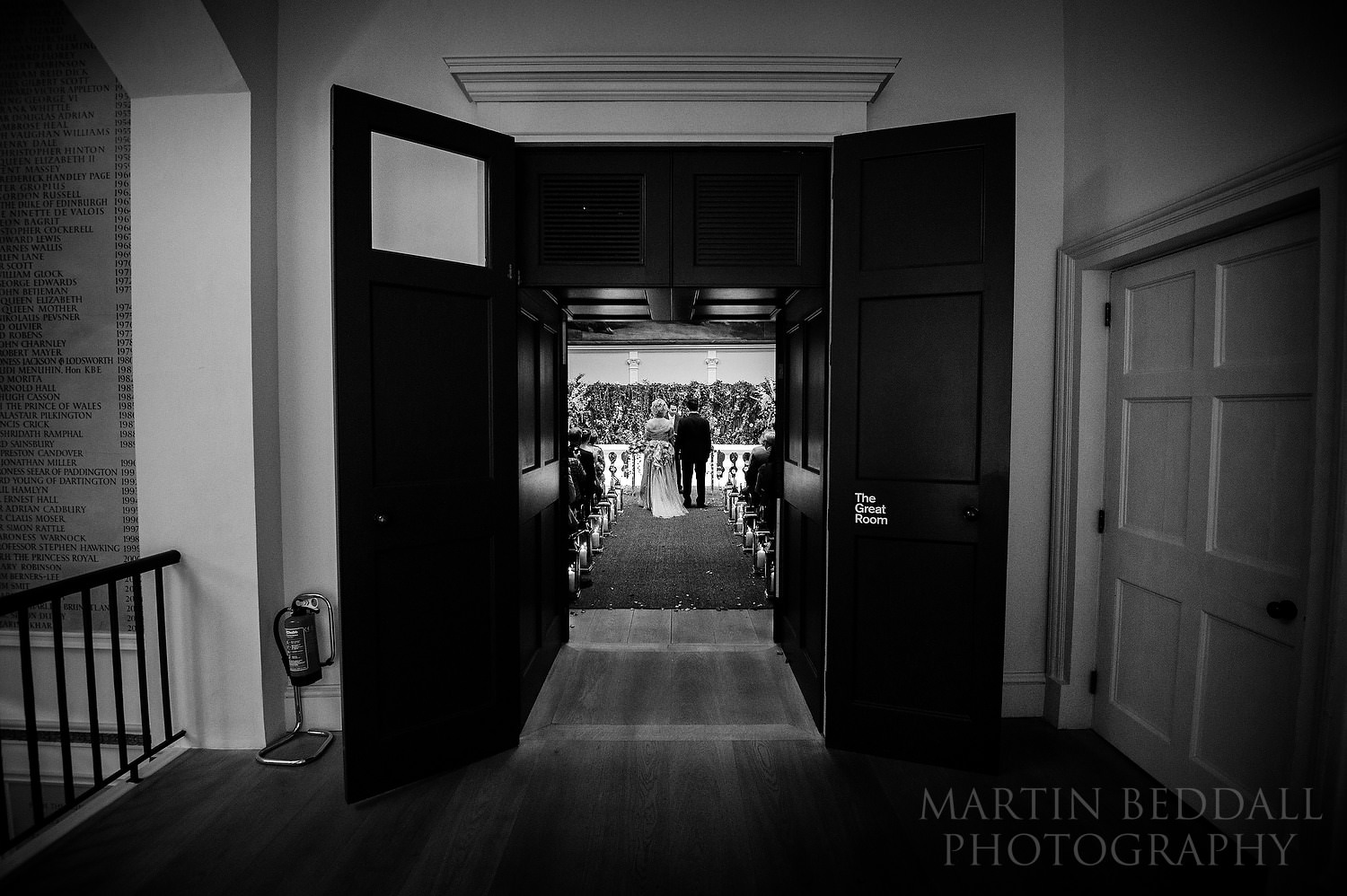