Nikon Pro magazine – an ambition fulfilled. The current ( summer) issue has featured one of my photographs!! 🙂 🙂 🙂

If you have visited this blog before, you’ll probably guess which shot it was. It’s a wedding photograph that has garnered a few awards since it was taken last September and prompted some debate about how it was shot. ( Some people do seem to think it’s the merging of two images….it isn’t ). If you had stood there, outside St Paul’s Cathedral, this is what you would have seen, looking through the window of the taxi cab. But before I try to decipher the image, back to Nikon Pro magazine. This is an official publication, that comes out three times a year, that I’ve always read. Dare I say, I even read it when I was shooting with Canon cameras!! It is distributed worldwide by Nikon, to over 75,000 photographers. Professionals who use Nikon cameras – and comes in English, French, Germans, Spanish and Italian versions. You can get an ipad edition too.

I’ve always found it an interesting title with interviews with leading photographers from around the worldwide. Some who’s work I know, others I don’t, but they always inspire. But aside from the features, interviews and technical articles, there are several pages of eleven chosen images, in a section called ‘Expo’. Each image is used almost full page, with some technical data and a few words about the image. Chuffed to get one of my images in there! 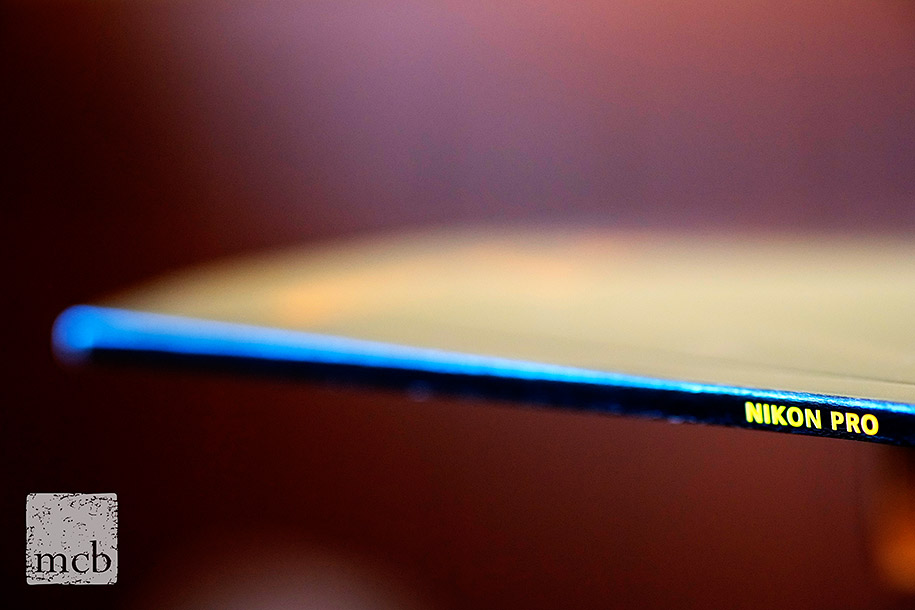 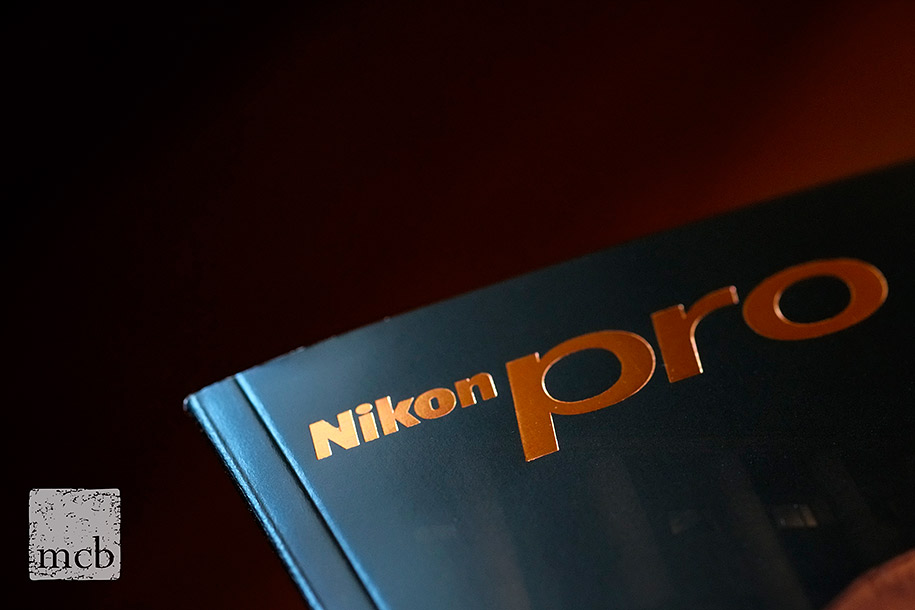 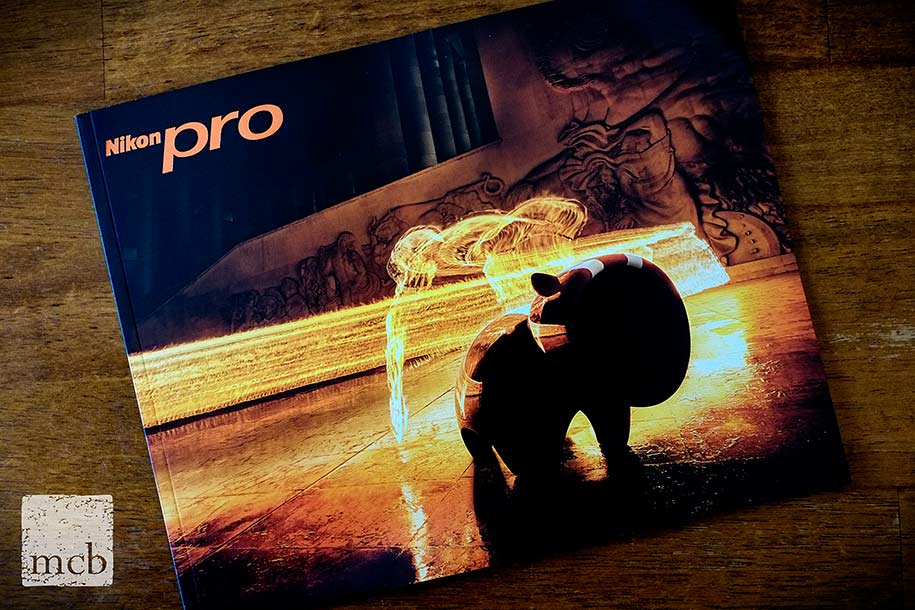 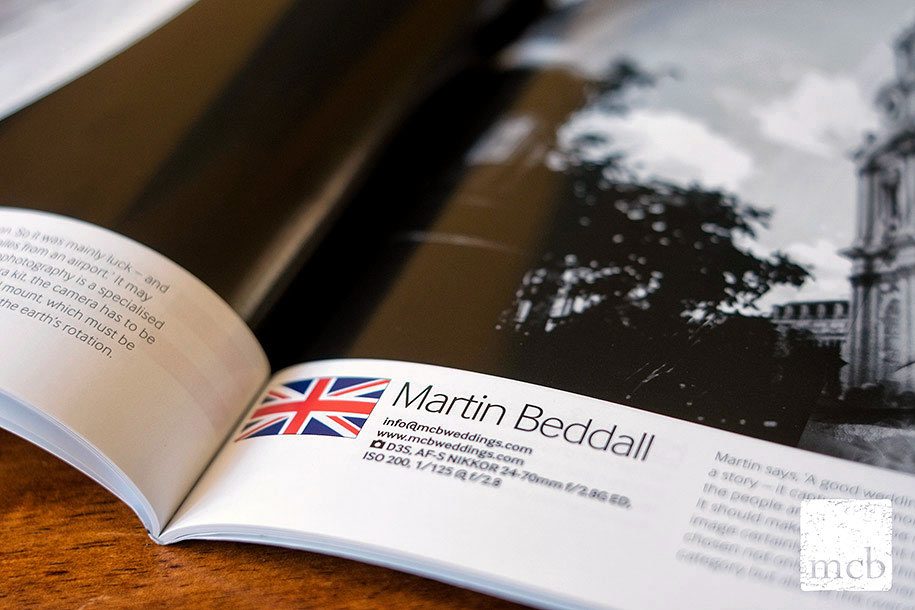 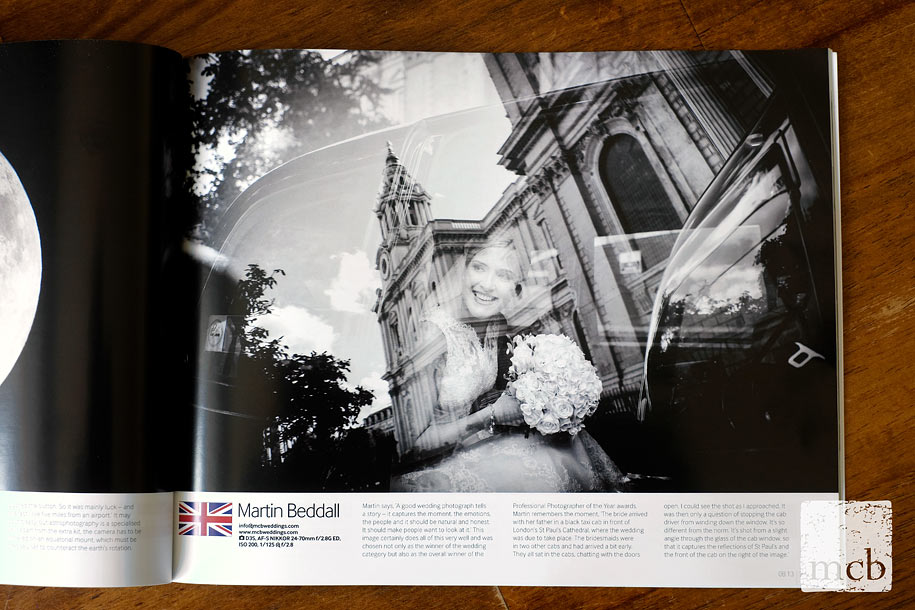 So the image itself? How to explain it? Some people can see how it was shot straight away, others, even professional photographers, take a bit longer. An interesting image should do just this – make people want to look at it more.

Here’s a diagram to muddy the waters further ( need to draw a better one really ) but a bride in a cab parked outside the cathedral, two more cabs with bridesmaids behind the camera. Camera and wide angle lens almost pressed up against the glass, so catching the reflection of the front of the cab and part of St Paul’s in the window as well as the bride sat in the cab and therefore the back of the cab and more of the cathedral in the background. Get it? 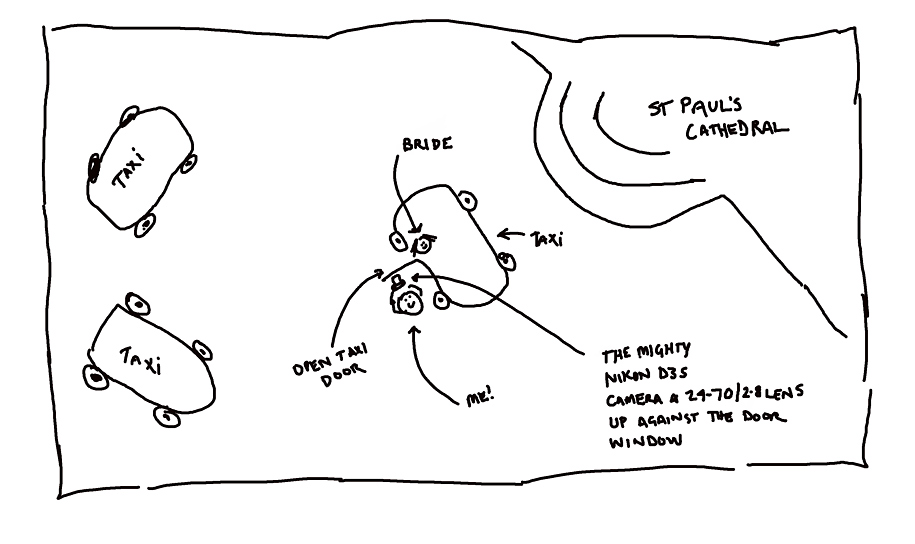 Maybe seeing it in colour will help? 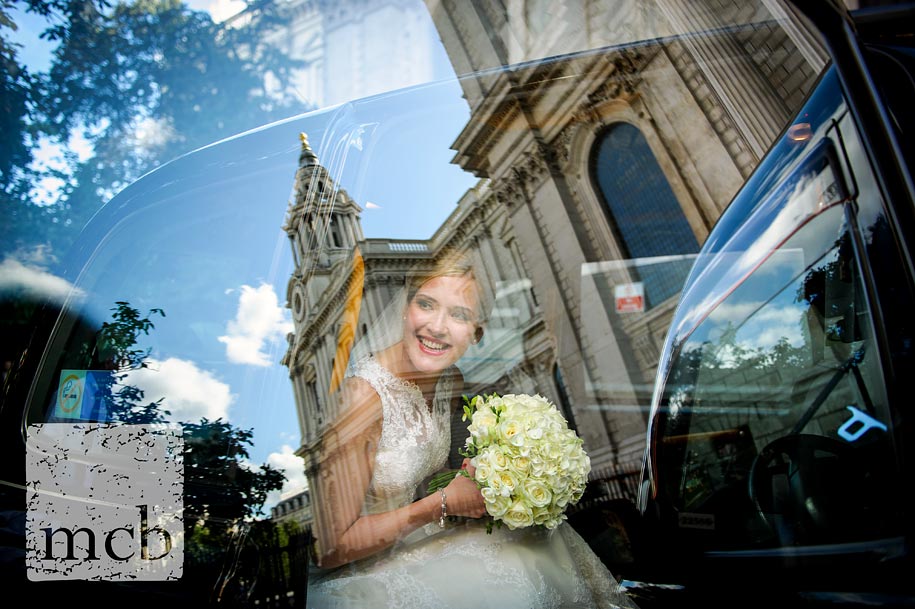 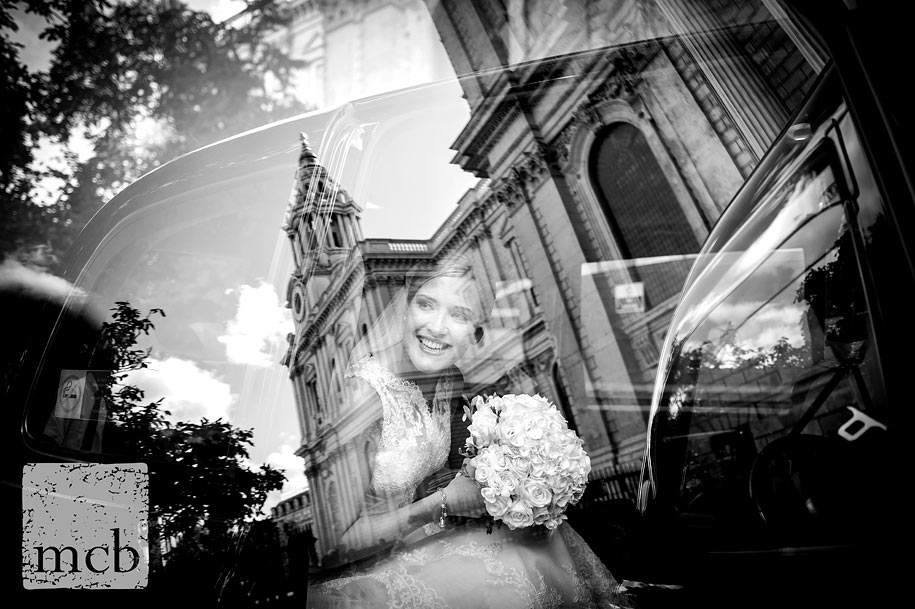