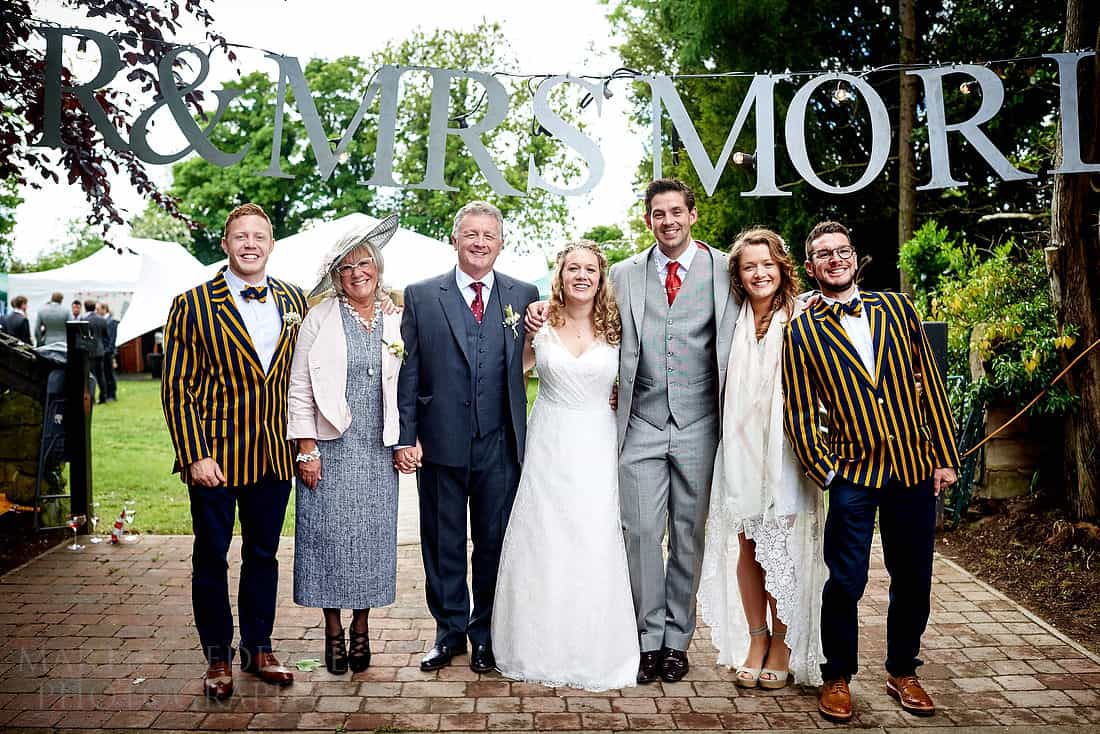 Group shots. Family group shots. Do I shoot them? I’m often asked this, in enquiries, because I don’t show them on my website. Well, I do and I don’t…

More time for them to enjoy the day. More time for me to capture this. It’s the couple who have to stand there the longest, as an usher desperately searches for “Auntie Flo”. Missing their day, being with their friends.

So, do I shoot them? Often these group shots come from ‘family pressure’. I had one bride enquire – the first thing she said was “I don’t want to be stood in a field waiting for loads of group shots”. But the bride’s mother had other ideas. We did do them – but quickly. No getting chairs out, no elaborate setups, no placing feet in a particular way, or the dresses, etc – stand together, look this way (so many people fail at that 😉 ) – record made. So a couple of shots (weather playing ball) at the end of the drinks reception, isn’t a major problem. But the priority is the natural stuff.

If you are after loads of groups shots, then to be honest, I’m not the wedding photographer for you, because I don’t do that. But if you want natural reportage wedding photography? In these days of iphones and ipads, group shots are taking place all the time at a wedding. Long gone are the days when cameras came out for the fake signing of the register and the cake cutting, now it’s constant. So why hire a photographer for his ‘reportage eye’ and then get him to shoot the same? I had one couple, faced with group requests, who asked me to shoot two quick groups. The rest were in the hands of their friends and I was free to go off and photograph the reception naturally. I would say, in this case, that the groups then went on for a very long time, but they all enjoyed it, it wasn’t formal and I could get shots around it.

So here are some examples of group shots. 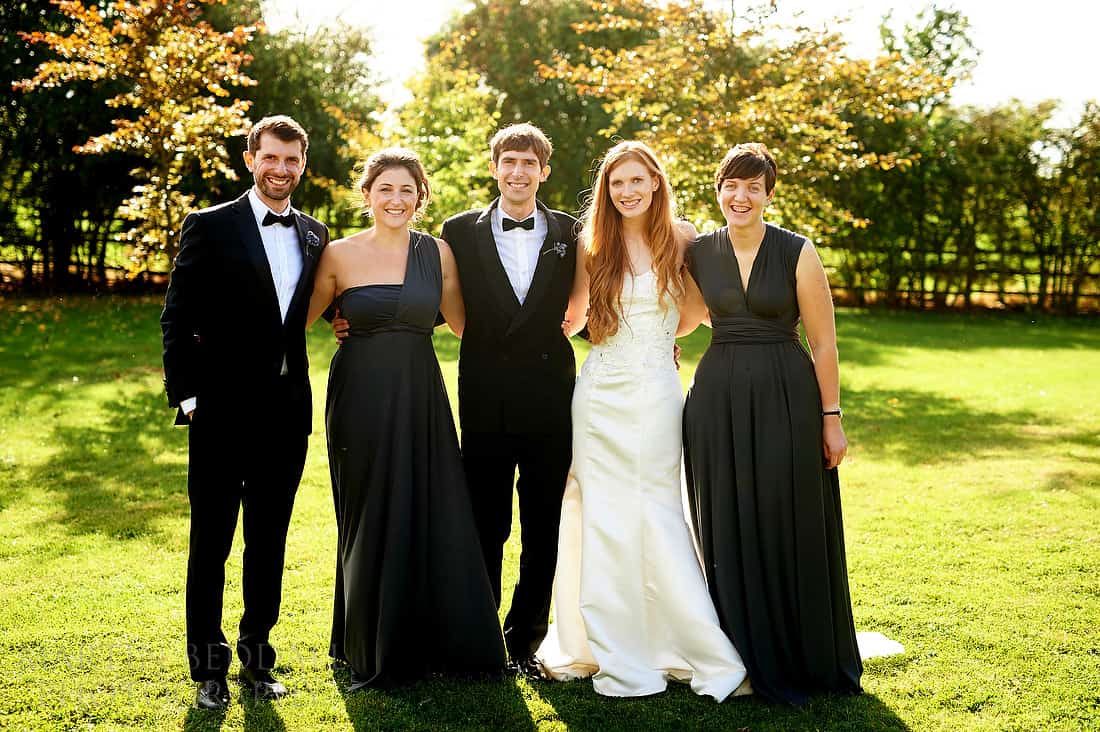 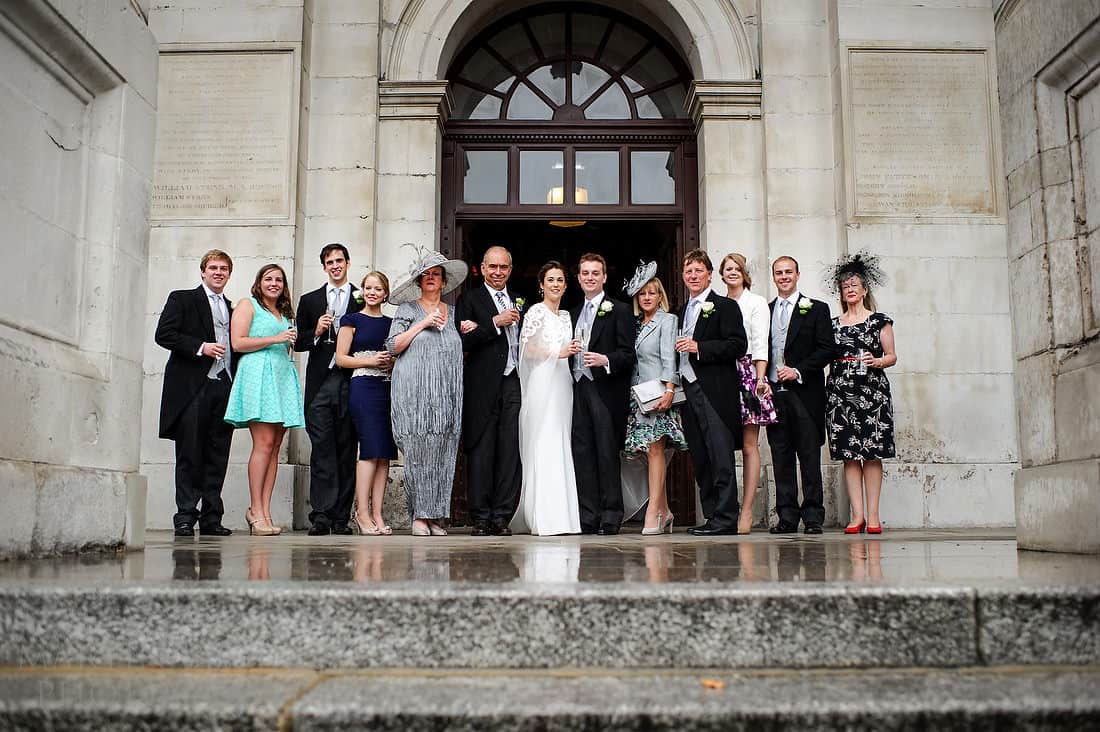 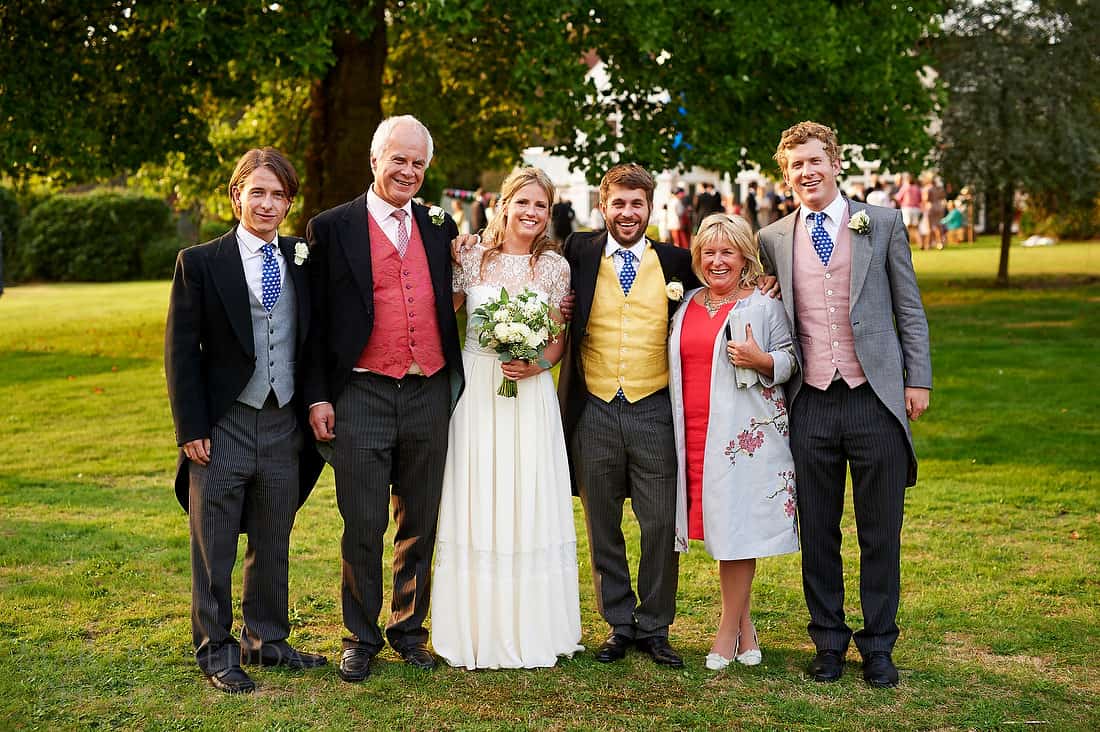 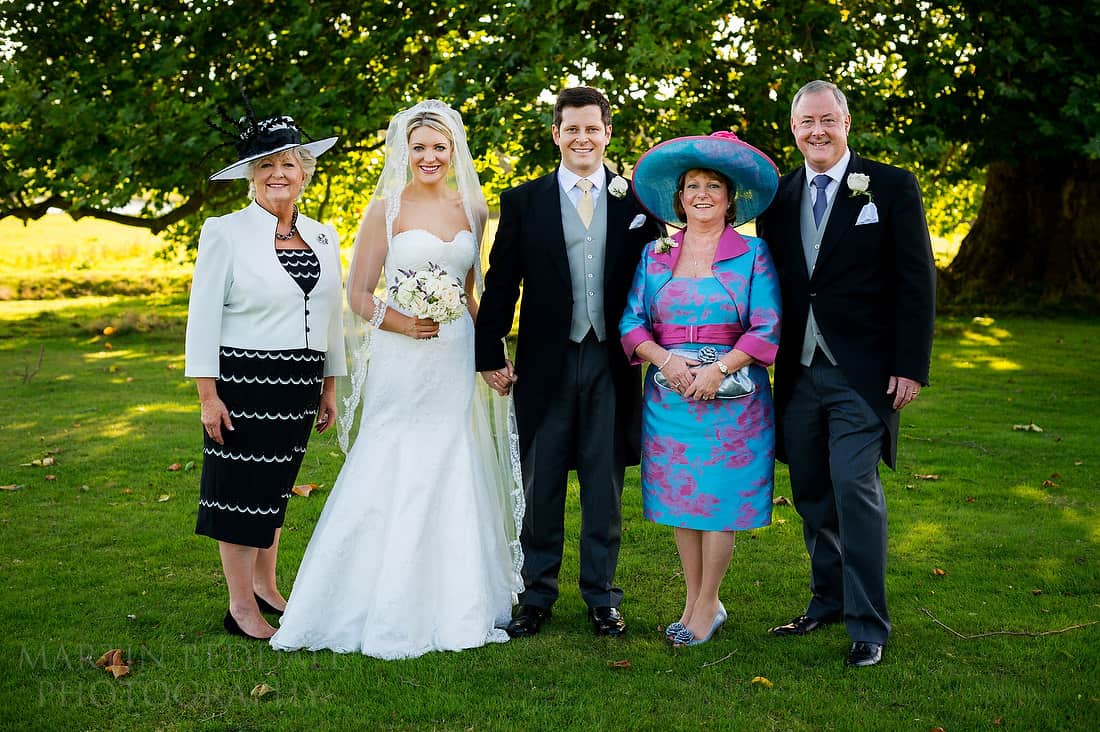 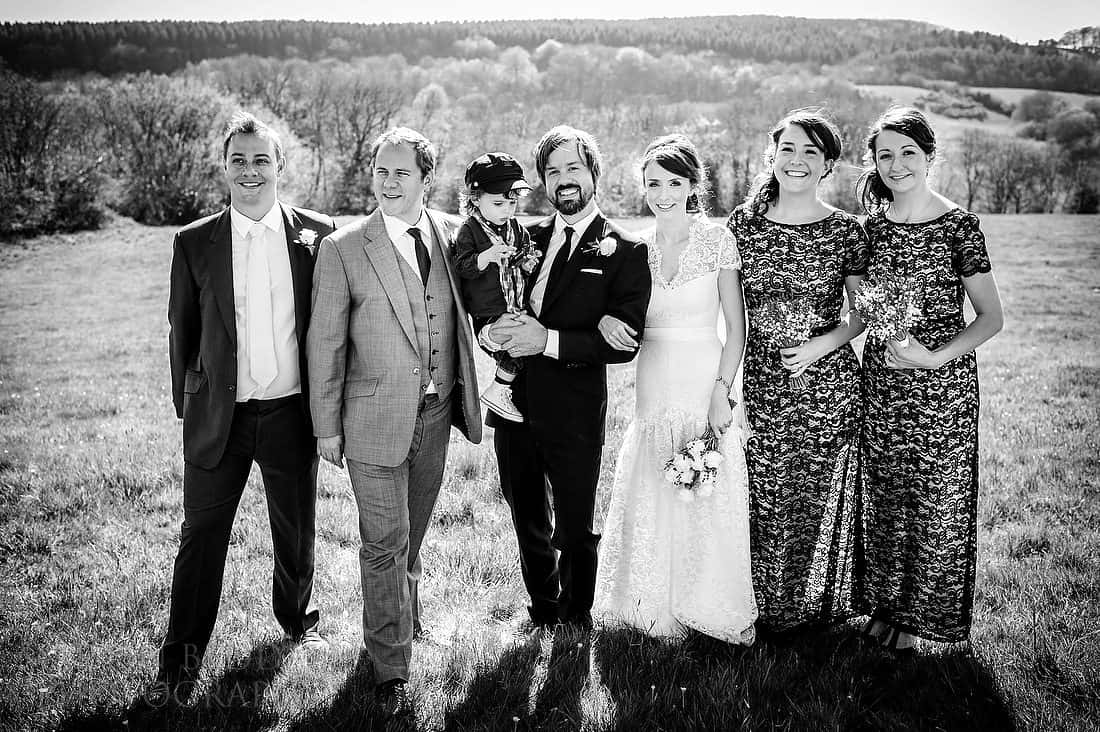 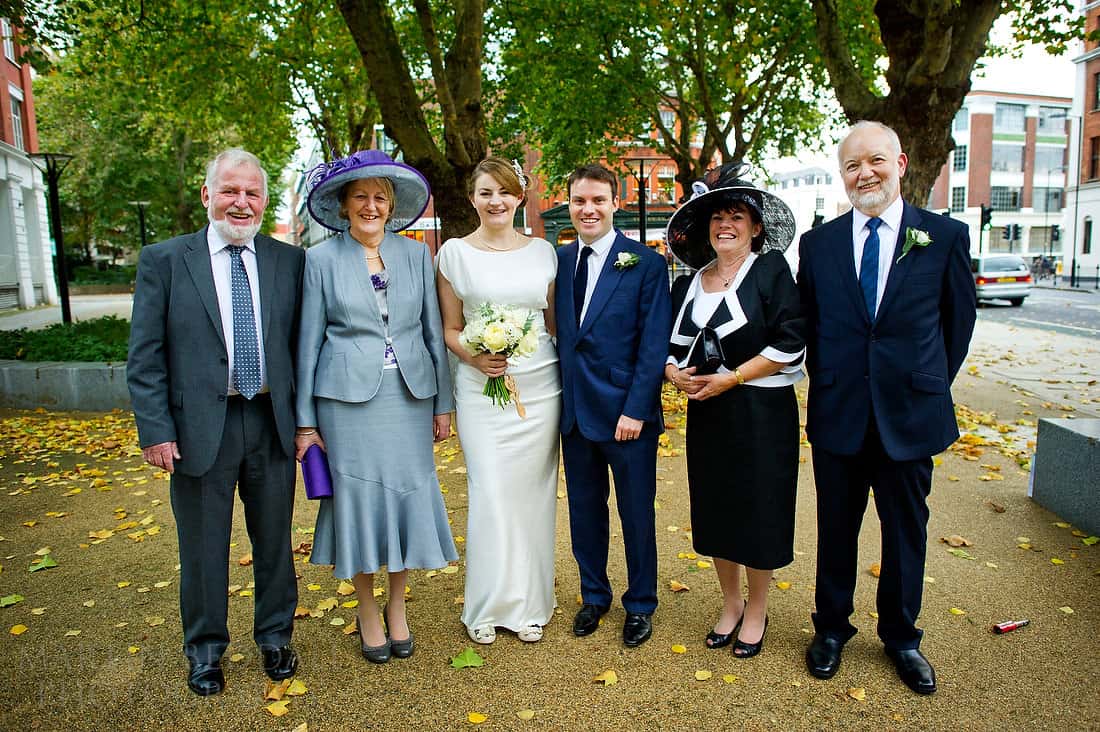 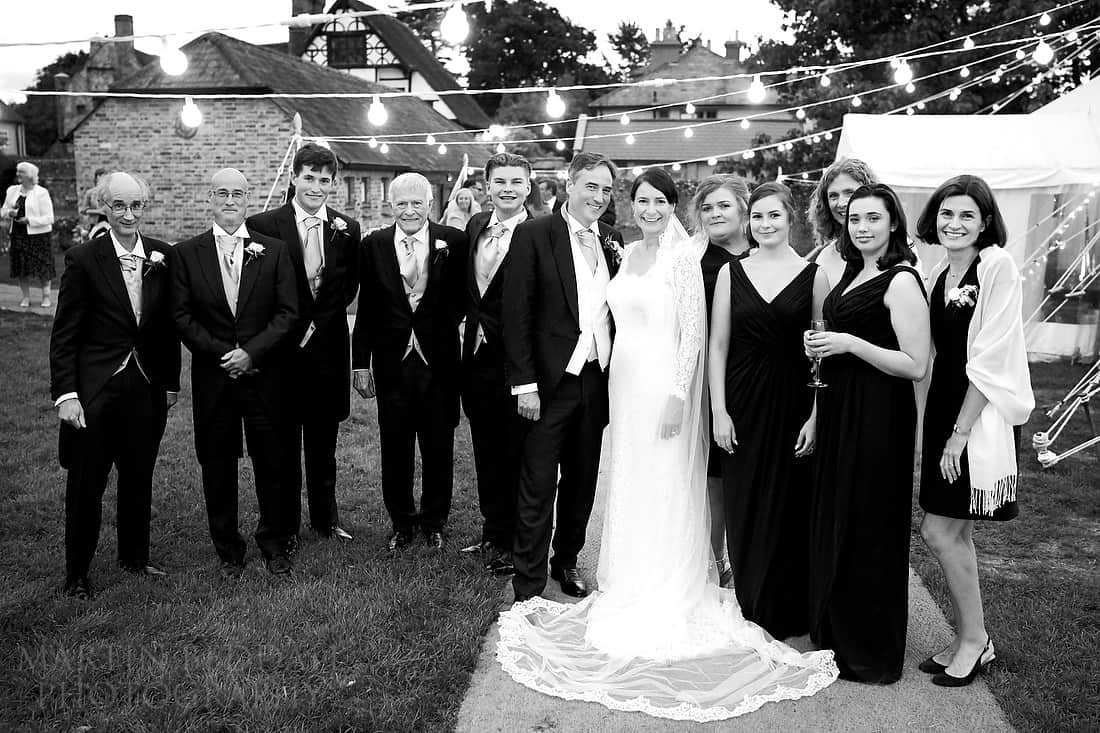 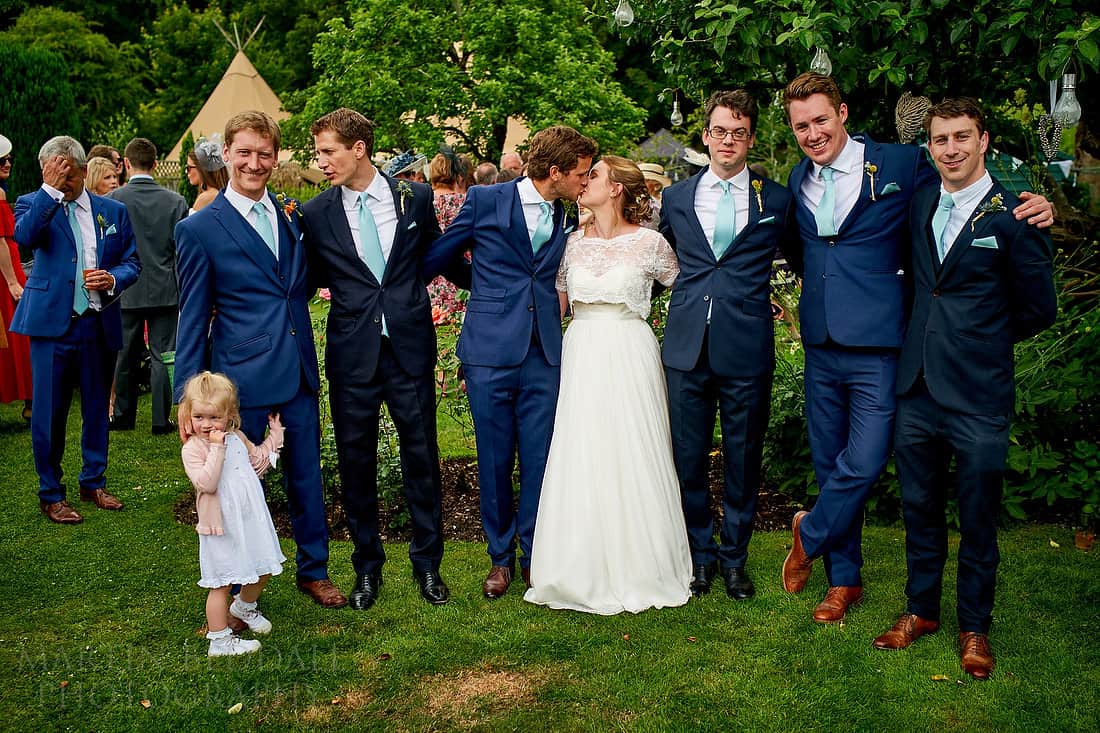 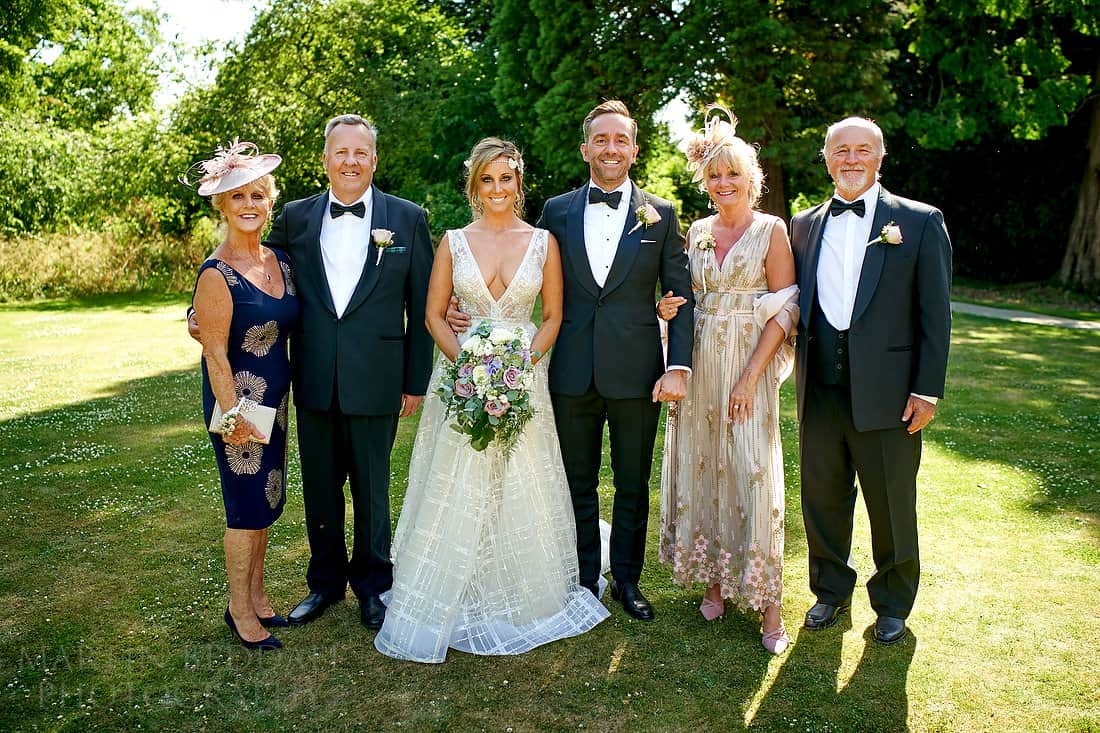 The big group shot of everyone

There is that other group shot – the one of ‘everyone’. (Although rarely is, always someone missing) I don’t mean everyone stood in a heart shape either (shudder…just no).

This big group shot – it’s about as far from reportage wedding photography as you can get (apart from the heart-shape). To get it, gone is the photographer as a discreet presence – he/she is up a ladder, hanging out of a window…’look this way, smile, cheer!’  I’m not a fan, for this reason. You are now the ‘traditional’ wedding photographer – your presence is now marked. I genuinely think this affects the rest of the photography for the day – people are now more aware of you. Often for what? My heart sinks if people ask for this shot…but sometimes it can work…almost naturally, like this first one. Listening to music, they all turned around for the picture. 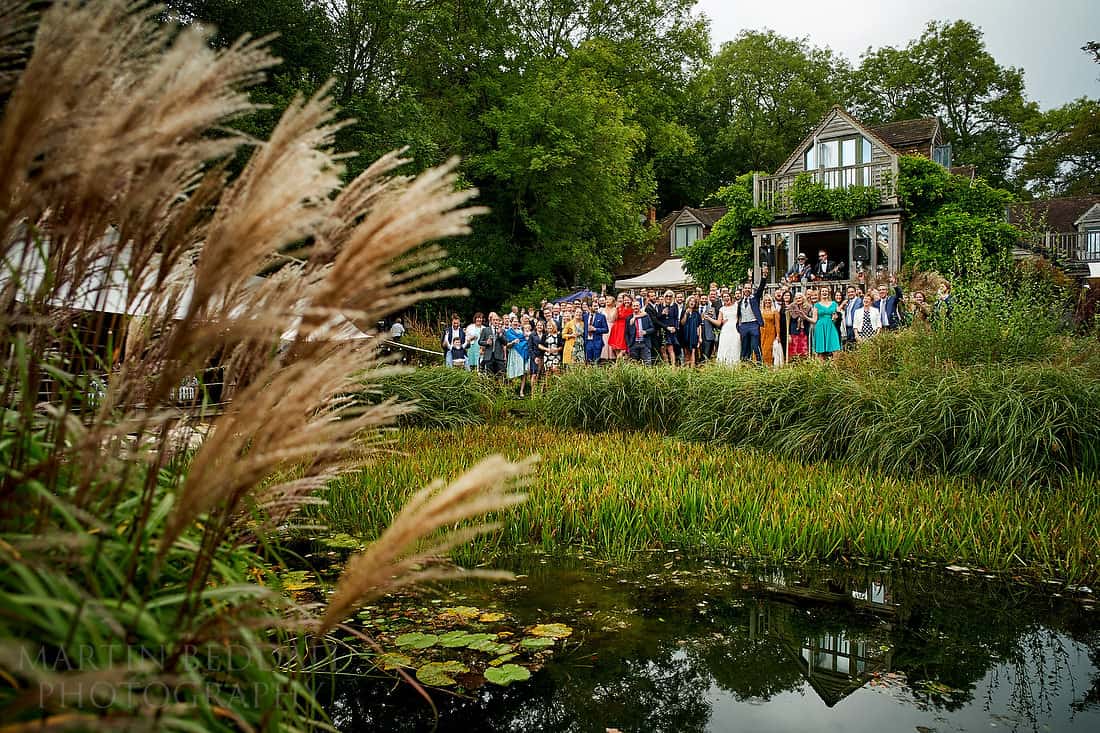 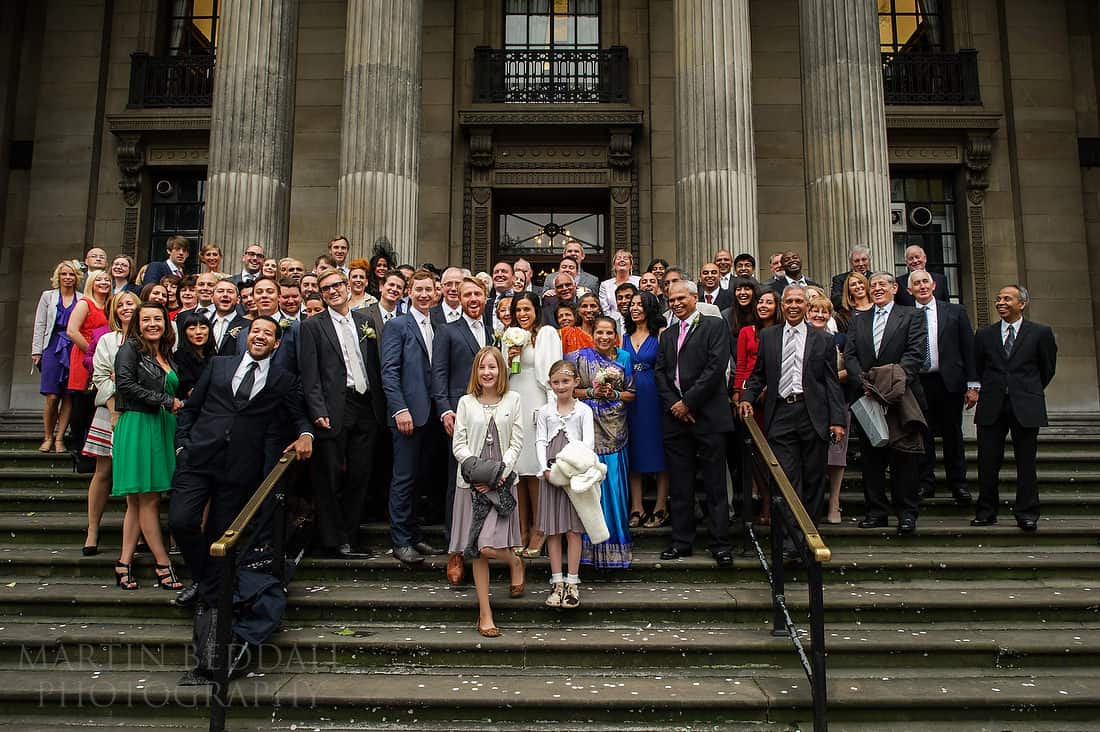 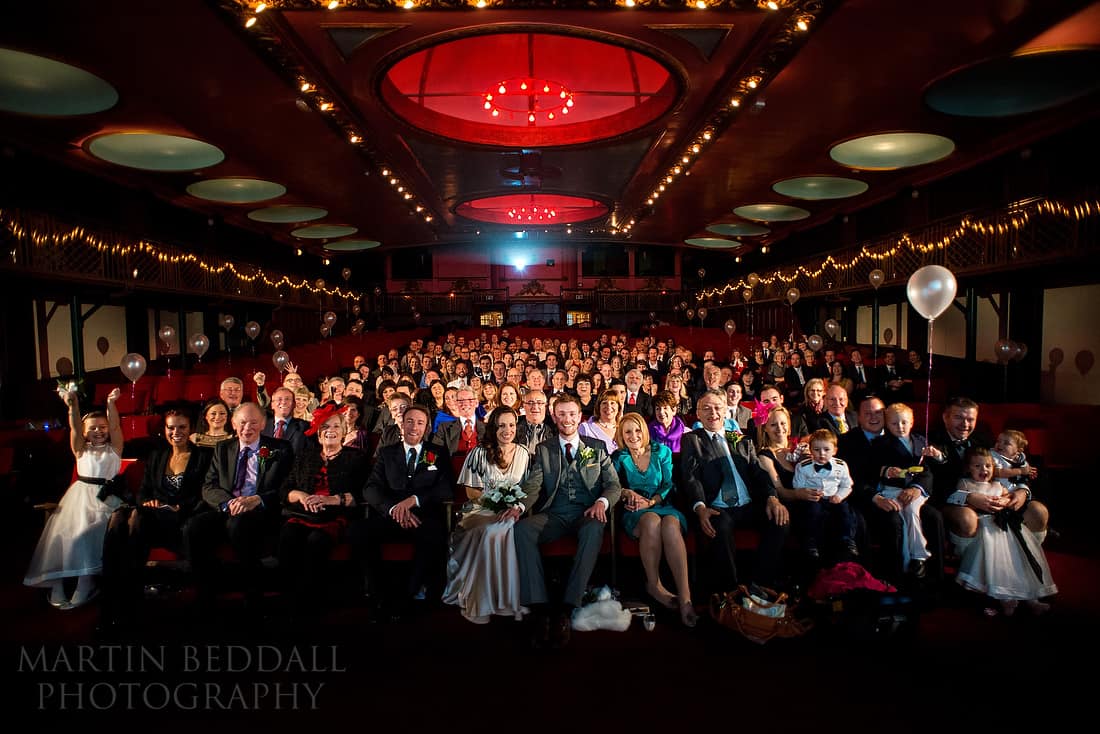 This last one, even won an award. 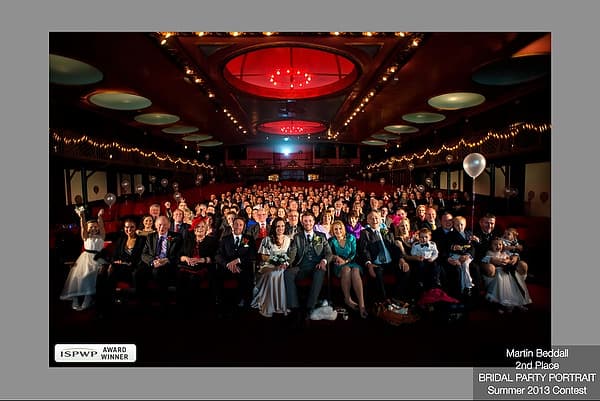